A thriving business environment that fosters economic development is critical to making Houston greater. In order to advance the Houston region, the Greater Houston Partnership supports policies that create a business environment attractive to leading global companies and skilled talent. As we approach the 2021 State Legislative Session, the Partnership will focus on this impact agenda that addresses the most pressing issues facing the business community and the Houston region. We invite you to join us in advancing these solutions and other measures to strengthen the region’s long-term growth and provide opportunity for all. Together, we make Houston greater. Want regular updates from the Partnership's policy team throughout the legislative session? Subscribe here.

Access and Energy Competitiveness will lead the Partnership's legislative agenda in 2021. Learn more about the impact these issues have on the business climate of our region and how we will focus on the elements of each during session below.

The Partnership believes all Texans should have equitable access to the institutions that power a strong, diverse economy and create true opportunity for all. The business community recognizes our responsibility to help dismantle racial inequity and systemic racism, strengthen trust within our communities, and remove barriers to inclusivity and success. The Partnership supports policies related to equitable access to education, digital connectivity and health care.

Public Education
A strong public education system is vital for the long-term prosperity of our region and state. In 2019, House Bill 3 significantly increased the state’s investment in public education and directed considerable funding toward transformational initiatives many of which were directed toward underserved student populations. It is critical to protect these programs and maintain a well-funded, accountable and equitable public education system that serves all children and strengthens our talent pipeline. Learn More

Digital Divide
All Texans should have equitable access to digital connectivity that empowers their education, employment, health care, and the economy. The Partnership supports the creation of a statewide broadband plan that addresses the unique needs of communities across the state and establishes the framework to provide every household with the broadband connectivity required in the twenty-first century. 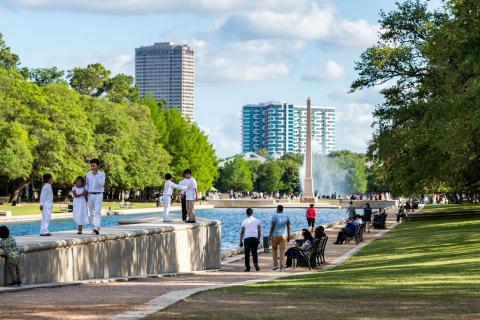 The Partnership is committed to ensuring that the Houston region plays a key role in the global energy transition to a more efficient and sustainable, lower-carbon future and to accommodate global demand growth. Permitting, regulatory and energy infrastructure solutions are needed to strengthen Texas' energy competitiveness. To advance the energy transition, legislation should position the Houston region to lead the development of carbon capture, use, and storage (CCUS).

Regulation
The Partnership supports legislation to strengthen regulatory certainty and attract economic development in the industry, including policies related to CCUS projects.

Energy Infrastructure
The Partnership supports policies that position the Houston region to develop technology and construct the infrastructure needed to advance the region's position as the Energy Capital of the World. 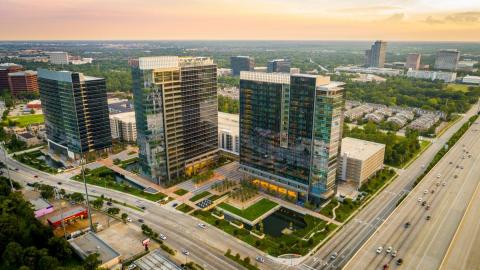 Preserving Progress on Public Education a Priority in '21

The effort to overhaul the school finance system began with the...

The Partnership weighed in on nine of these issue areas importa...

Join the Partnership for the 2021 Washington, D.C. Fly-In. This four-day virtual event will bring together members of Congress, the White House, and other D.C. stakeholders with leaders of Houstonâs business community to discuss and advanceÂ policy issues important to the greater Houston region's long term growth.Â  Please check back for further event details.Â

Please join us as we welcome Texas Comptroller Glenn Hegar at the next Future of Texas.Â  HegarÂ was elected as the 36th Texas Comptroller of Public Accounts in November 2014. In this position he serves as Texas' chief financial officer â the state's treasurer, check writer, tax collector, procurement officer and revenue estimator. Registration will close by 5:00 p.m.Â on Thursday, April 15th. Utilizing a Zoom account and logging in through your computer is highly recommended for the best viewing experience.Â  The morning of the event you will receive an email with the Zoom information. This link and password is unique to you and cannot be forwarded. If you have not received event access information by 8:00 a.m.Â on Friday, April 16th please contact Kim Kornegay, Programs Assistant, at kkornegay@houston.org. The Future of Texas series features thought leaders shaping our state's future, giving Partnership members the opportunity to engage with these leaders and hear their perspectives on our city and state's most pressing issues.Â

Convening to Make an Impact

The Partnership's impact work happens through Committees, which convene business and community leaders to fuel the growth and vitality of the Houston region.

Week In Review Legislators' attention was focused squarely on the response to last week's severe winter weather. Legislative hearings are expected to continue with legislation to follow. Governor Abbott Responds to Winter Storm Governor Greg Abbott announced two additional emergency items for the legislature to prioritize this session. First, Governor Abbott identified the reform of the Electric Reliability Council of Texas (ERCOT) as a legislative priority and called on the legislature to investigate the decisions made by the state agency to find long-term solutions. Additionally, the Governor declared that winterization of Texasâ power system and related funding be added as an emergency item to ensure the reliability of the state's power infrastructure. In response to Winter Storm Uri, Governor Abbot requested that a Major Disaster Declaration be issued by the federal government, which would allow eligible Texans to apply for financial assistance related to property damage caused by the effects of the storm. President Joe Biden granted that request for nearly half of all Texas counties. Legislative Hearings on Electric Grid The Texas Senate Committee on Business and Commerce and the House joint State Affairs and Energy Resources Committees conducted two days of hearings to examine the conditions leading to the power loss during last week's winter storm. In a break with common practice and a sign of the importance of the topic, even Senators not serving on the committee were able to participate and ask questions. In both chambers, hearings were highly technical, digging into specifics of issues such as legal authority, and the operation of the power grid. Legislators asked tough questions of the witnesses, and witnesses provided substantive testimony. Vulnerabilities to extreme weather events were exposed throughout the system, from regulators to power plants to industry. Both chambers covered the historic nature of the conditions compared to prior winter weather events and peak summer demand. Legislators questioned ERCOT CEO, Bill Magness, and Public Utility Commission (PUC) Chairwoman DeAnn Walker. Legislators asked questions ranging from decisions made before and during the storm to oversight authority and infrastructure winterization. Legislators also heard testimony from agency leaders, industry associations and individual companies from each segment of the sector's supply chain. Only one week after the storm, witnesses requested more time to conduct their root cause analyses of the events in order to provide recommendations on how to strengthen the electric grid. In many cases, the committees demanded those reports and recommendations be quickly provided to the Legislature. One suggestion that was widely supported by numerous witnesses is a statewide public alert system for the electric grid. More hearings are expected on this topic, with legislation to follow. Learn more aboutÂ the Partnershipâs Executive Priorities.
Read More

In this episode of Future of Texas â Unscripted, we discuss the legislatureâs reaction during and after the winter storm â what went wrong and where do we go from here. Partnership Vice President of Policy and Advocacy, Lindsay Munoz, discusses with Partnership Public Policy Director, Ben Melson.Â  In this episode we cover: The legislative steps taken since the unprecedented freeze of February 2021 caused a failure of the stateâs power grid Updates on statewide broadband legislation University of Houston testimony at Senate Finance Committee Whatâs up next for legislative committees Â  Get theÂ latest Public Policy news.Â
Read More

Interested in joining the Partnership? Take the next step and learn how you can make an impact on Houston.

Get in touch with our team to: