City of Houston building permits totaled $6.7 billion for the 12 months ending September ’20, down 8.1 percent from $7.2 billion for the same period in ’19, according to the latest data released by the city’s Public Works Department. Commercial permits fell 8.9 percent to $4.0 billion and residential permits dropped 2.8 percent to $2.7 billion. 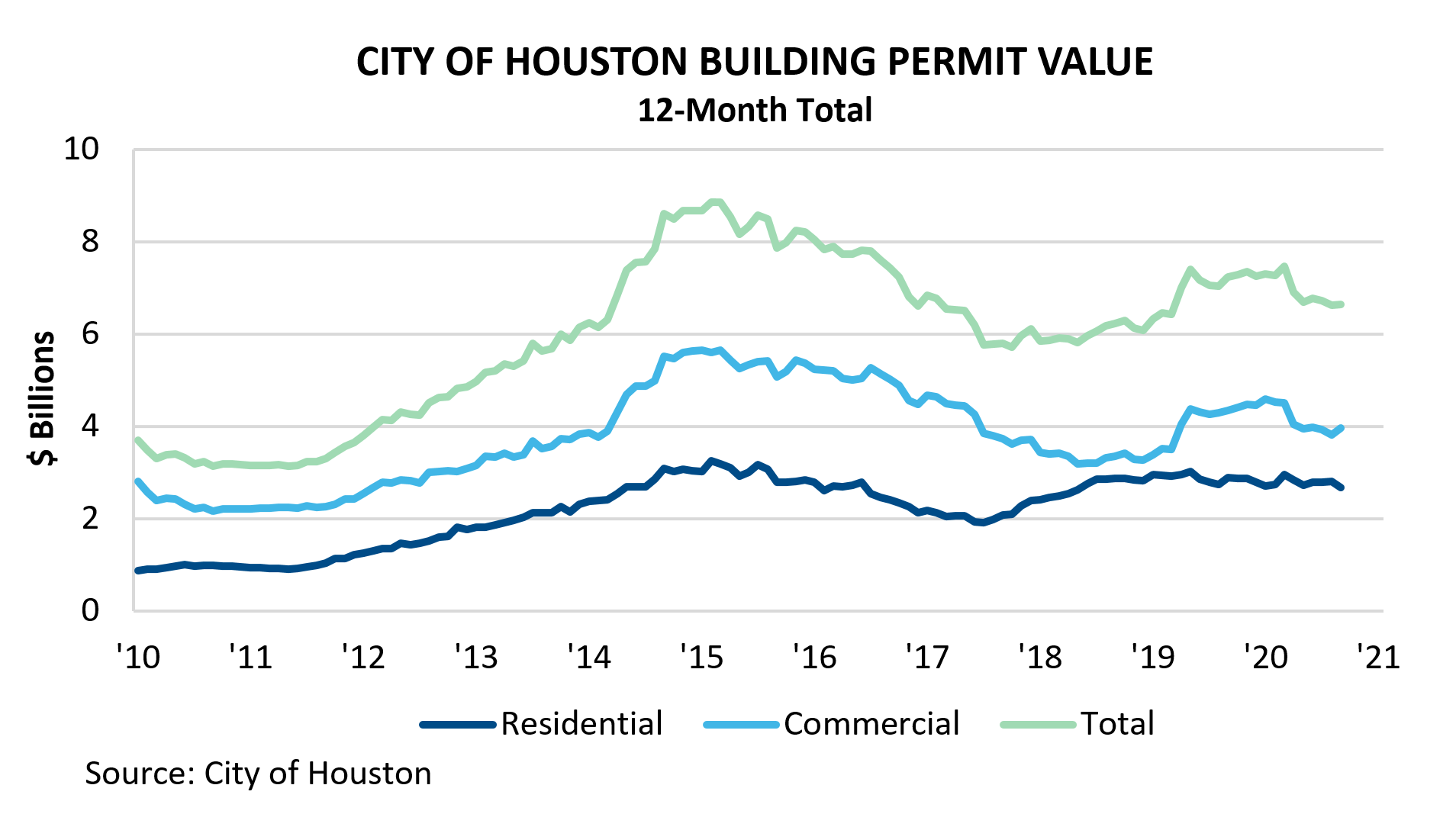 City building permits totaled $744.3 million in September ’20, up 3.3 percent from $720.6 million in September ’19. Commercial permit values totaled $509.9 million, up 39.8 percent from 364.7 million in ’19. Residential permits were $234.4 million, a decrease of 34.1 percent from $355.8 million in ’19. The combined total permit values for the months of June, July and August were the lowest they’ve been since 2012, with many projects either having been postponed or canceled due to the COVID-19 pandemic. However, it is possible that many of these projects have resumed activity, as September’s values were the highest they’ve been since 2014.

Projects of note that were permitted in September:

Review the latest data on construction activity in the Houston market.

See which Houston-based companies are on the Fortune 500 list.