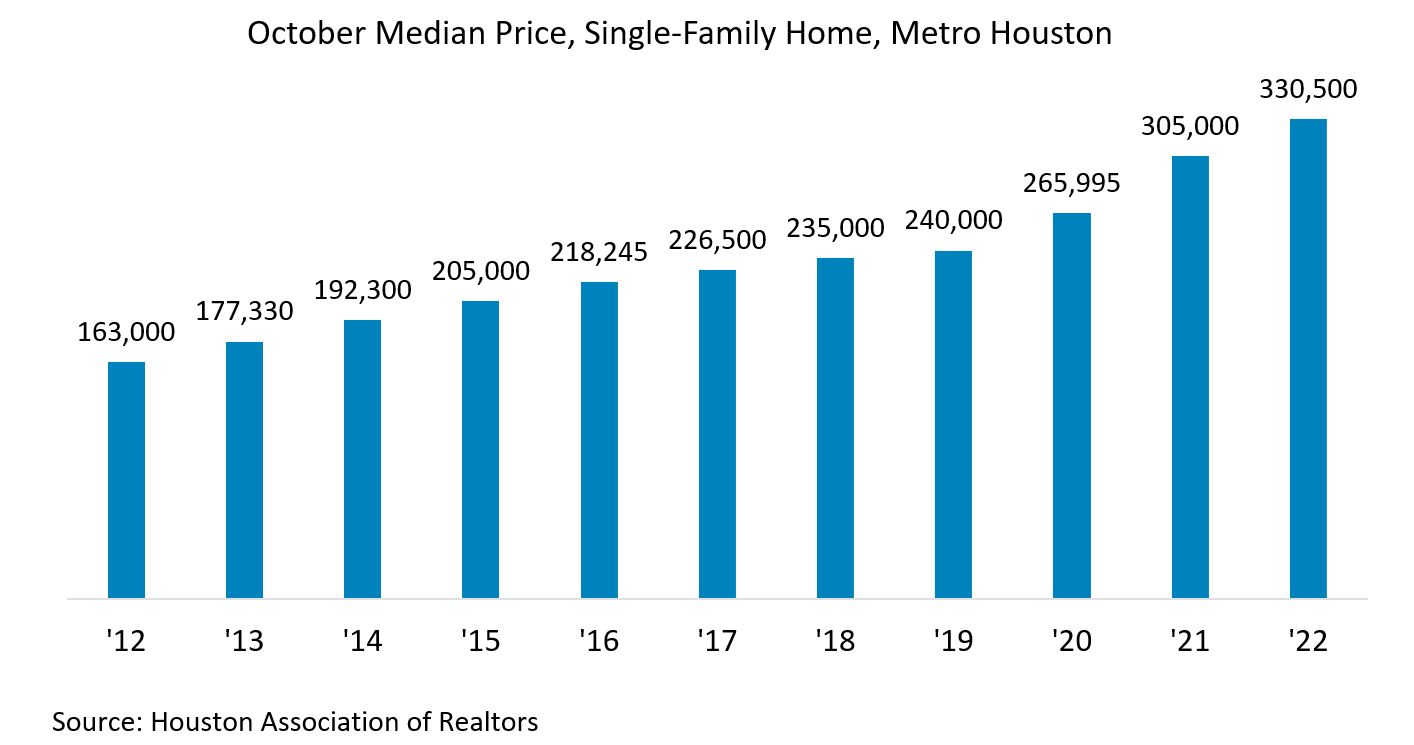 The average interest on a 30-year-fixed rate mortgage has more than doubled over the past 12 months. 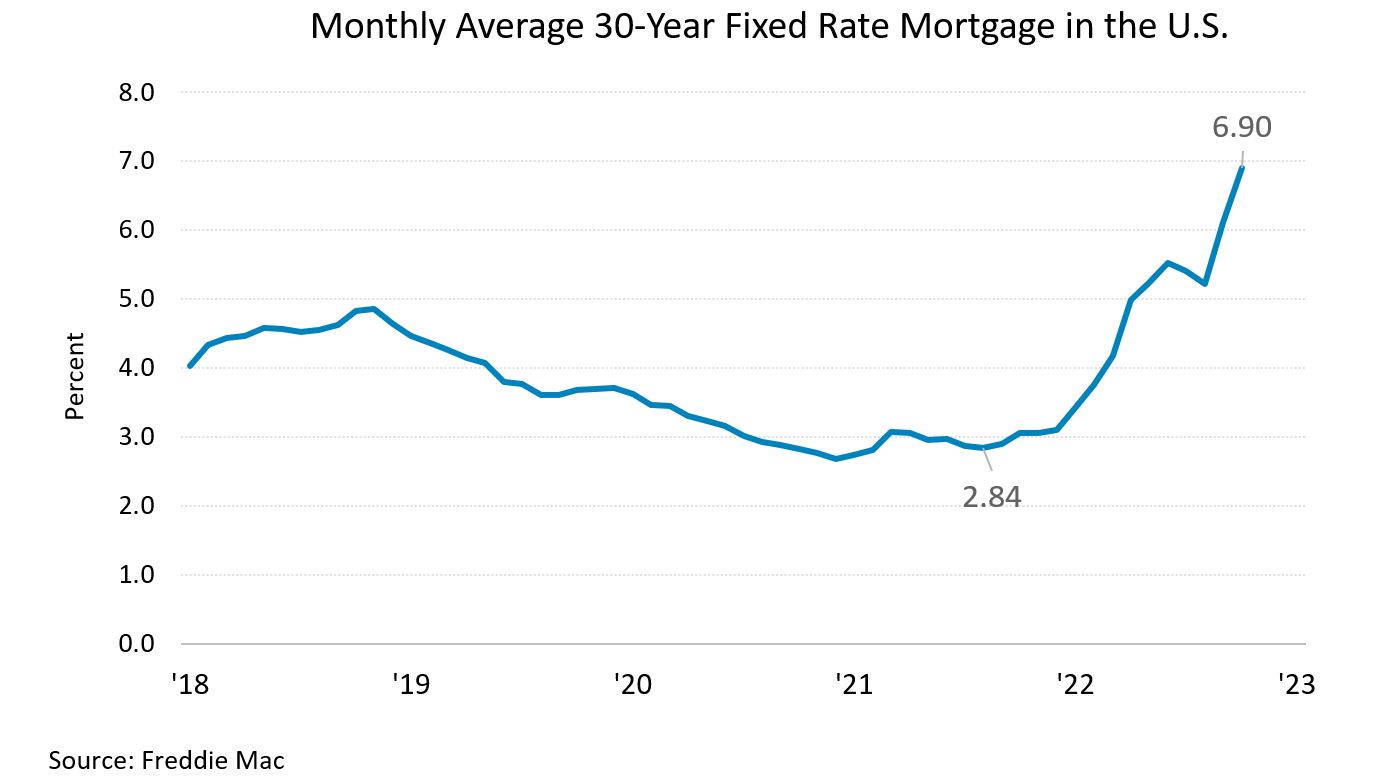 The jump in interest rates has increased monthly principal and interest payments on a $350,000 home purchased with a 20 percent down payment and a 30-year fixed-rate mortgage by nearly 60 percent.

And there’s a greater probability of a recession next year, making many consumers reluctant to assume substantial new debt. 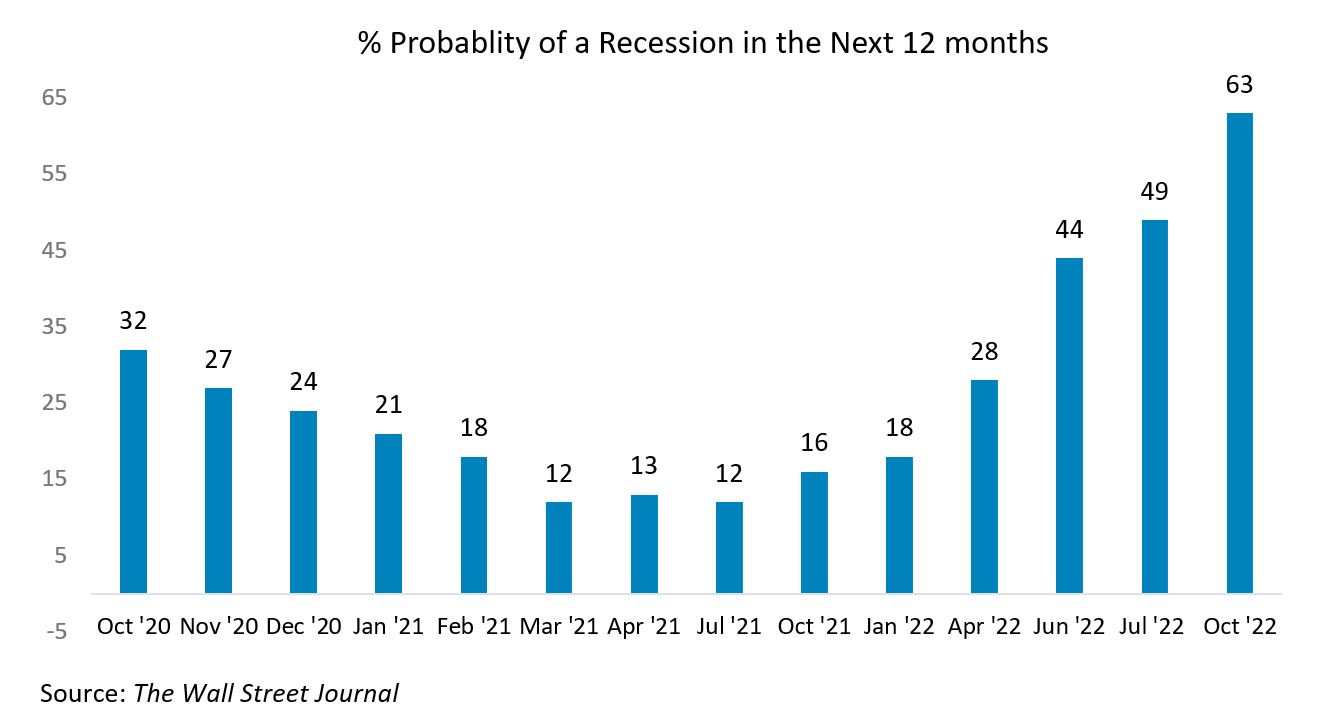 All three factors have contributed to a significant decline in existing home sales this year. The downturn began in the spring and accelerated over the summer.

The decline is likely to continue into next year. Pending sales at the end of October were off 25.9 percent compared to October ’21. 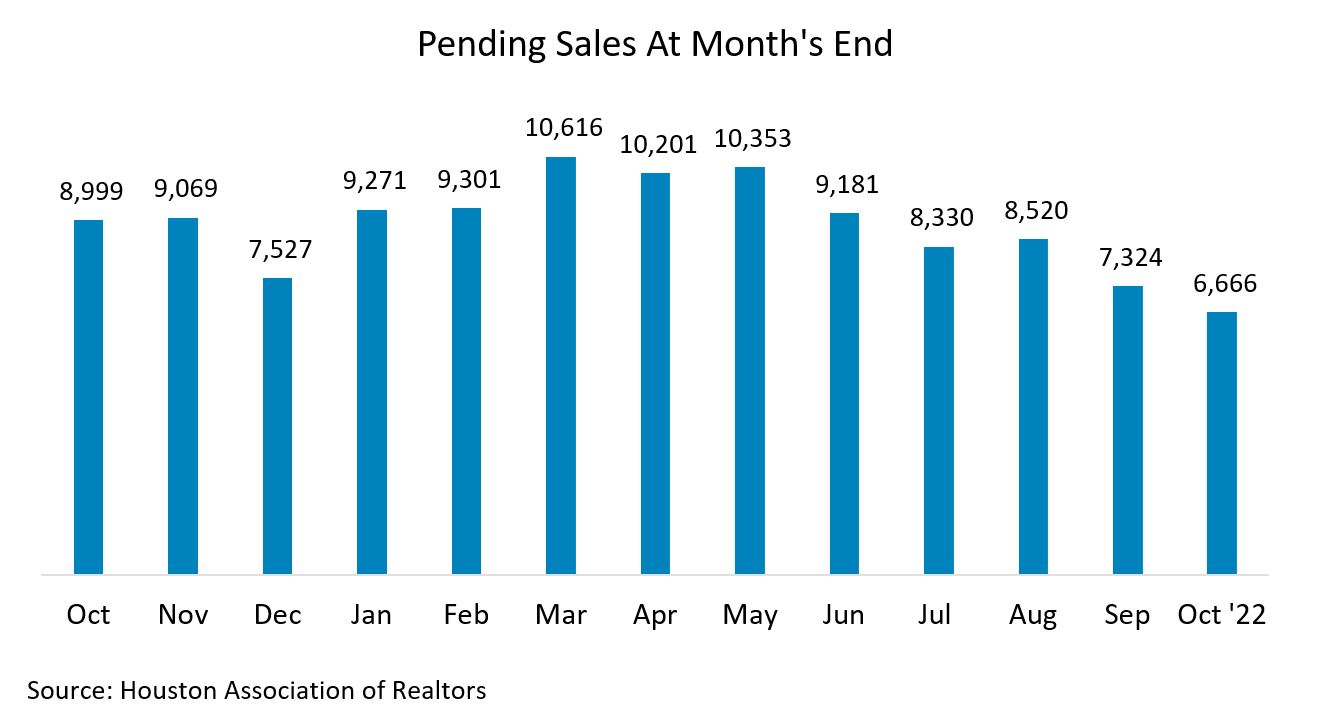 The decline in sales has boosted inventory. The 36,751 homes (single-family, duplexes, condos, and townhomes) in HAR’s database at the end of October reflect a 78.2 percent increase in listings from February, the lowest point in this housing cycle. 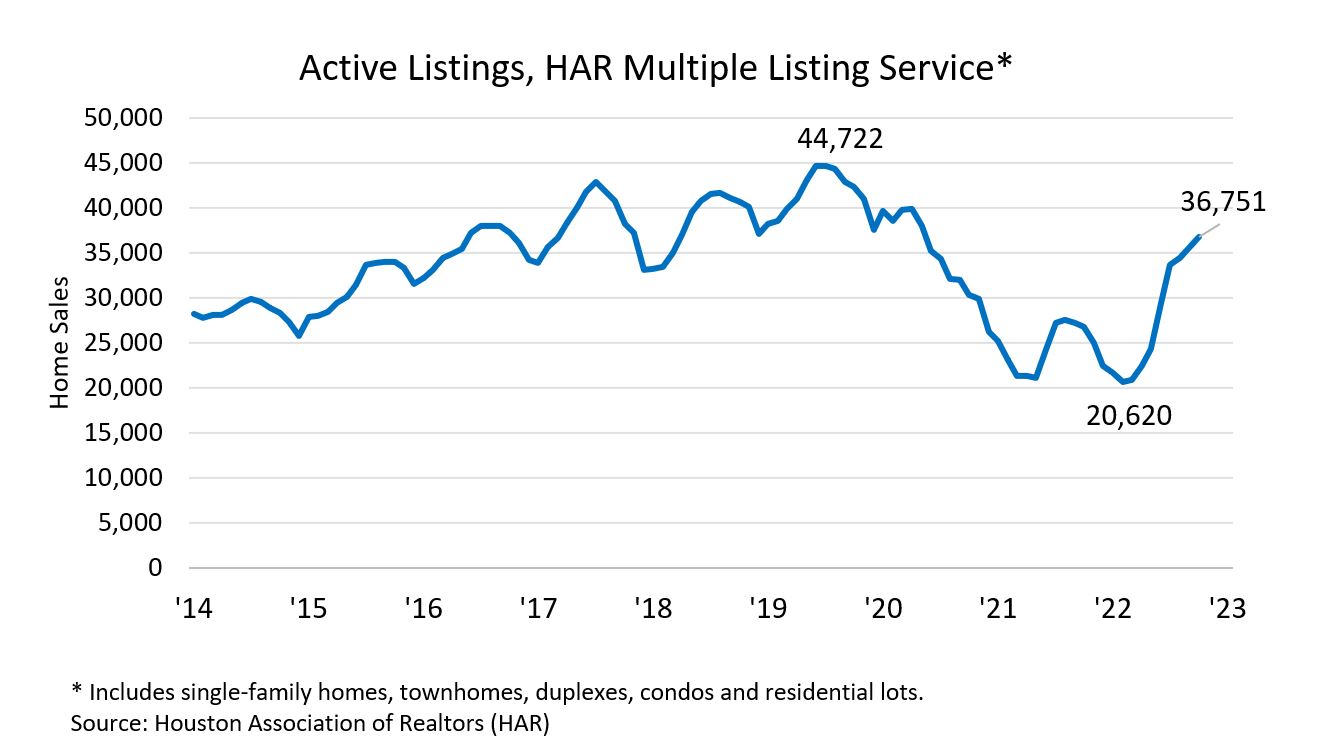 An alternate measure of inventory, months of supply, continues to improve as well. Houston now has a 2.8-month supply of single-family homes on the market, up from 2.7 months in September and a low of 1.3 months in March. October’s reading was the highest level since July of ’20 when inventory hit 2.9 months. The Partnership considers a 4.0-month supply to be a balanced market. 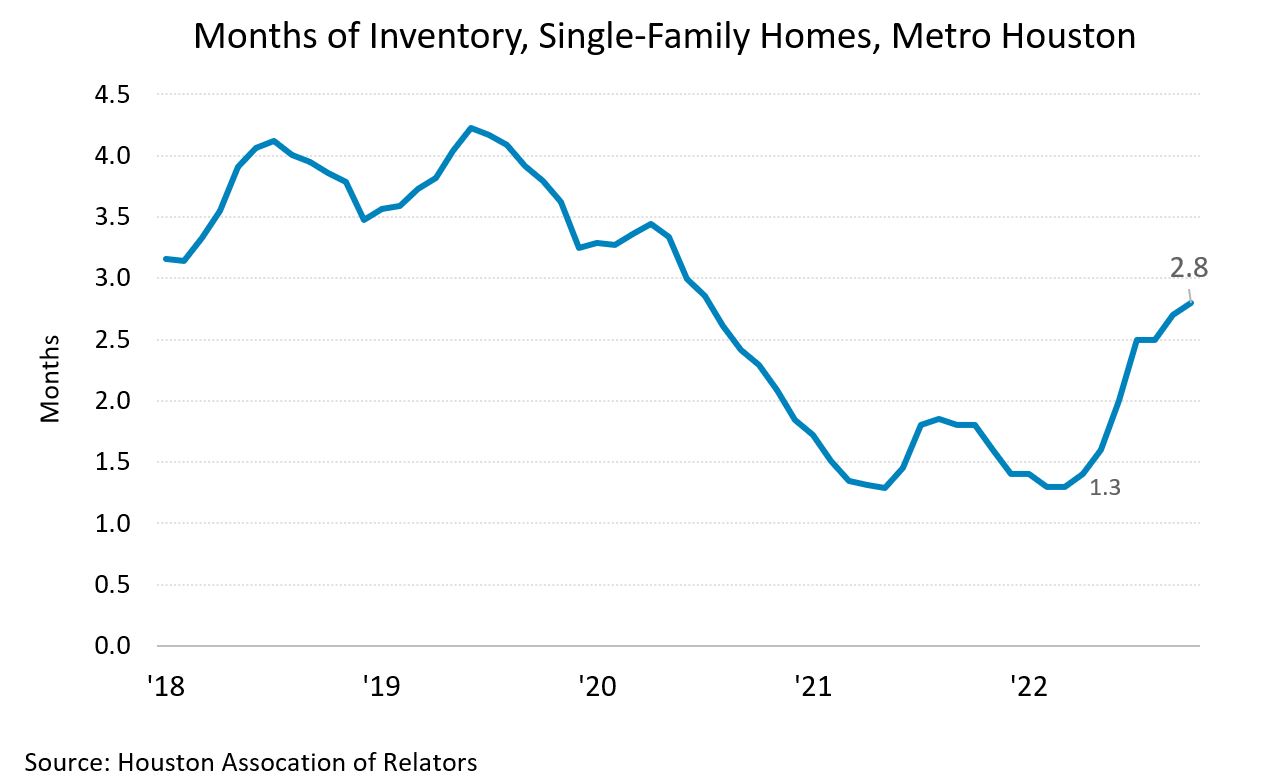 Sales of townhomes, condos, and high-rise units, which comprised 8.0 percent of the market, fell in October as well. 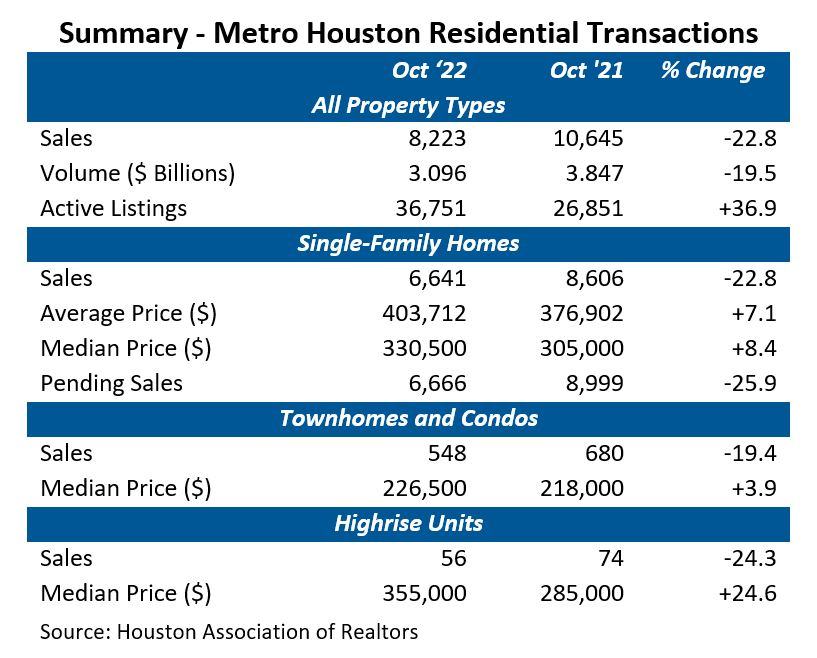 ’22 will be the first time in six years that the region won’t set a sales record. The moving 12-month total peaked at 134,189 in April and has trended down since. In October, it slipped to 124,524 and will likely continue to decline through the end of the year. 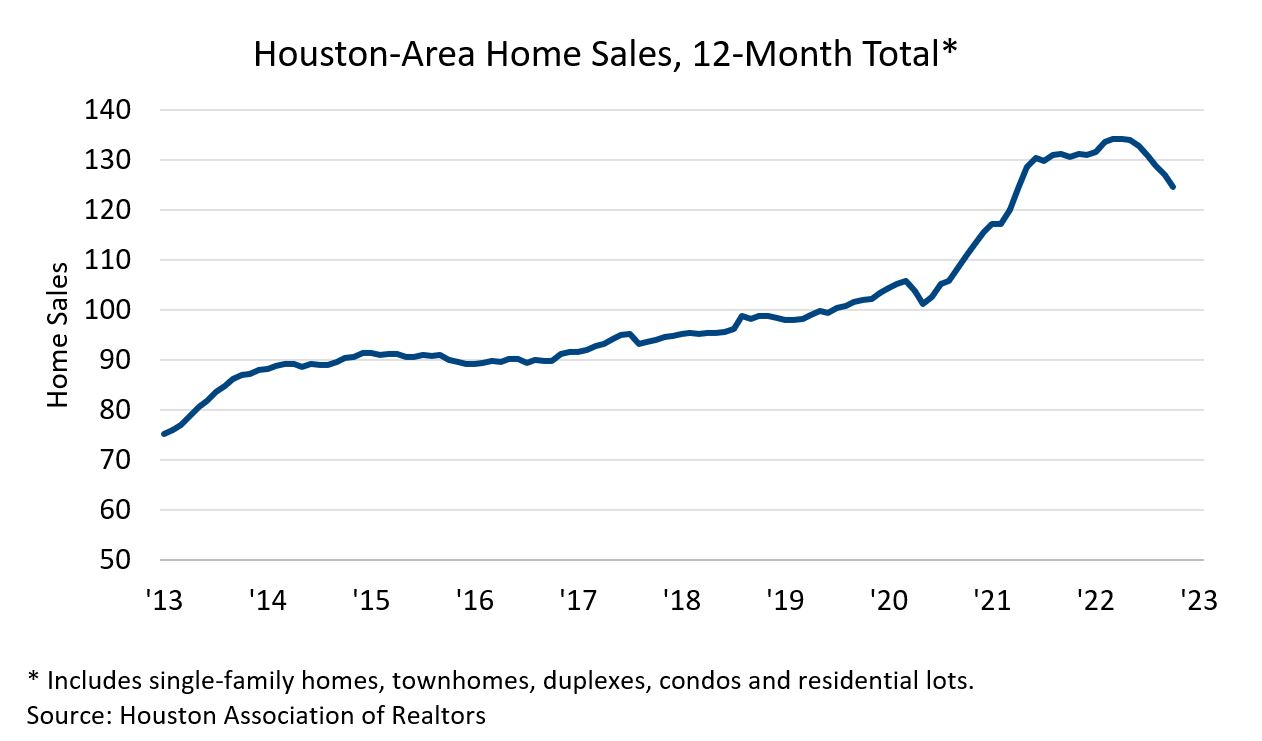 The average price for a single-family home in Houston in October '22.