Vehicle sales started to decline in early ’19 as the energy and construction industries began to shed jobs. Beginning in early ’20, as the COVID-19 pandemic began to impact the economy, many consumers postponed major purchases out of concern for losing their jobs. As the economy began to recover, those consumers were more comfortable spending savings accumulated during the pandemic, leading to record sales in spring and early summer of ’21. An ongoing global shortage of computer chips has slowed vehicle production. As the supply of new vehicles decreases, average prices of new autos continued to climb. In July, they reached all-time highs. Houston mirrored the nation in July as auto sales slipped compared to the previous three months. 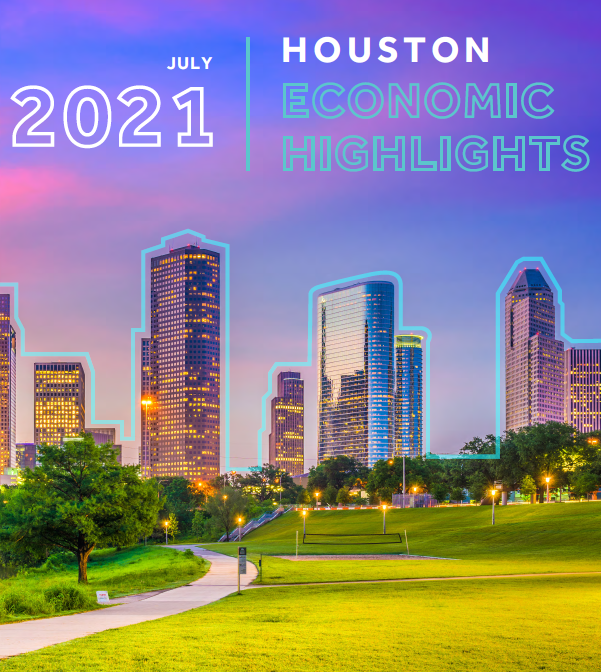