Texas ranks first in the country for both installed and under construction wind capacity, supporting over 24,000 wind-related jobs, according to the American Wind Energy Association (AWEA) ’18 annual report.

Wind energy provided 18.6 percent of all in-state electricity production in Texas in ’18.

Texas has the highest utility-scale wind-energy generation employment in the nation (excludes residential/non-residential installation, manufacturing, trade & distribution, maintenance, and other), representing nearly 40 percent of the nation’s total and more than 3X larger than California. 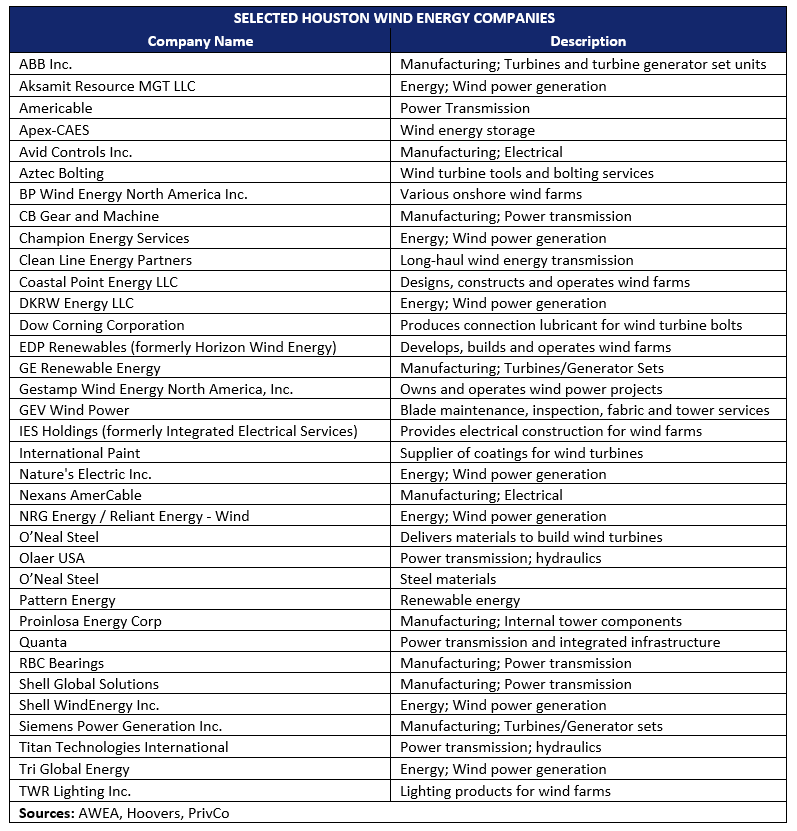 The city of Houston is the no. 1 municipal purchaser of renewable energy as of January 22, ’18, according to the U.S. Environmental Protection Agency (EPA). The City will be using almost 1.1 billion kilowatt-hours (kWh) of green power annually, which accounts for 89% of the city's total electricity use.

Texas ranks #1 in the country for wind capacity

Wind energy's part of all in-state electricity production in Texas