Is Greater Houston Getting a Fair Cut of Higher Education Funding? 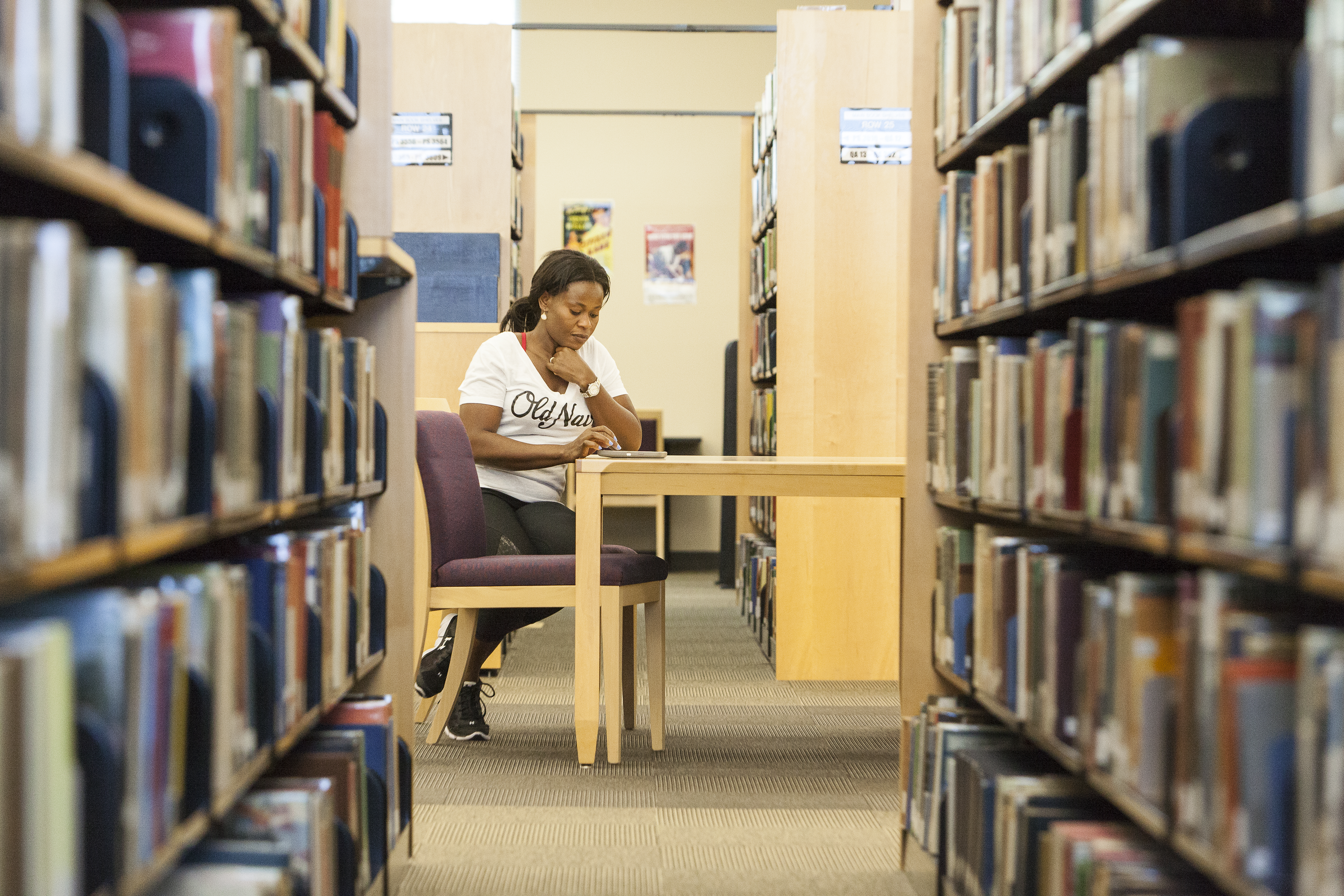 Colleges and universities draw funds from various sources to sustain their operations, but it’s the state funding that often receives the most attention due to the complexities of the funding formula and the percentage of the funds provided. Unique to Texas is the distinction between institutions receiving dollars from the Permanent University Fund (PUF) and the Higher Education Fund (HEF), which helps explain why we see funding disparities among public higher education institutions in Texas.

The PUF is a constitutionally established public endowment dating back to 1876, supported by land grants previously appropriated to the University of Texas (UT), plus an additional 2.1 million acres located in West Texas. The land produces two lines of income—surface and mineral. A designated percentage of the PUF income is placed into the Annual University Fund (AUF) for the support of the UT System and the Texas A&M University (TAMU) System. The UT System receives two-thirds of the AUF while the TAMU System receives the remaining one-third. The estimated value of the PUF for the 2018-19 biennium was $22.8 billion with $1.8 billion distributed to the AUF.

The HEF was later established in 1984 by constitutional amendment as a counterpart to the PUF for Texas public institutions of higher education that are ineligible for drawing down funds from the AUF. The Constitution requires annual appropriations for the HEF until the corpus reaches $2 billion dollars, at which time 10% of any investment income will be added back to the fund as part of the corpus and appropriations will cease. The estimated value of the HEF funds for the 2018-19 biennium was $787.5 million.

Both the HEF and the PUF allocation (to the AUF) may be used to acquire land; construct, equip, repair, or rehabilitate buildings; and acquire capital equipment and library books and materials. Institutions may also use a portion of their funds to make debt service payments on authorized bonds. However, income from the PUF may also be used for support and maintenance of university programs at certain institutions; whereas, HEF funds may not. There are currently 22 HEF institutions statewide, including 5 in the Houston area, compared to 5 PUF Excellence institutions and 11 PUF-Debt Service Institutions statewide.

The sheer value of the PUF, the broader acceptable uses, and the fewer number of institutions with access to the funds have created a disparity in funding for HEF institutions, including those serving the Houston region. With an eye toward ensuring Houston higher education institutions have the same advantages as all other public universities in the state, the Partnership has launched the Greater Houston HUB (Higher Education United with Business). The HUB will serve as a platform to develop a better understand of the challenges facing the institutions and the needs of the business community; to find common areas for collaboration; and build awareness to address funding disparities.

Businesses and organizations in the Houston regionÂ looking to better understand their data to help make smarter decisions have a resource at Rice University.Â  Riceâs Center for Transforming Data to Knowledge, or D2K Lab, offers a weekly Data Science Consulting Clinic where organizations can get advice on how to collect, analyze and use their business data to plan for the future. Itâs just one of the offerings of the Center, which also manages a capstone program that helps companies and large institutions like Texas Medical Center run big data projects over the course of a semester or year.Â  âThese programs offer our students an opportunity to work with real world data science challenges while at the same time helping our partners leverage our student talent, as well as computational and machine learning capabilities, to find the solutions they need,â said Jennifer Sanders, program administrator for the D2K Lab. âOur Consulting Clinic is great because itâs free, itâs open to the public and it gives organizations and companies ideas on how to start to look at this data they have in new and useful ways.âÂ  Client organizations can schedule a virtual appointment with students and faculty in the Clinic each Monday between 1:30 and 4:30 p.m. Students use this time to understand the challenges and objectives of the organization and then take the remainder of the week to develop a plan for the client to collect and use the data they need. Clients even get an additional free consultation with their team to help analyze the data they begin to collect.Â For example, a restaurant manager wanting to projectÂ his maintenance costs in the year ahead could work with clinic students to develop a statistical model analyzing previous costs and making projections to assist with the restaurantâs overall budget.Â  Before COVID-19, the clinic was a drop-in offering forÂ organizations who were able to visit the Rice campus. Now that itâs gone virtual, the clinicâs reach has expanded to more organizations across the metro area, Sanders said.Â  The clinic has assisted more than 100 different organizations over the last two years, and more are learning about the opportunity each week.Â  âThis work gives our students the experience of working on teams, presenting their findingsâall of the things that make them a better professional,â said Shanna Jin, communications specialist with the D2K Lab. âWhat weâre really doing is training the next generation of real-world problem solvers.âÂ  The information and data shared with the Lab is protected under sponsored research agreements signed with each client organization. Â  Learn more about the program and schedule an appointment at the clinic.Â
Read More

Week In Review Legislators' attention was focused squarely on the response to last week's severe winter weather. Legislative hearings are expected to continue with legislation to follow. Governor Abbott Responds to Winter Storm Governor Greg Abbott announced two additional emergency items for the legislature to prioritize this session. First, Governor Abbott identified the reform of the Electric Reliability Council of Texas (ERCOT) as a legislative priority and called on the legislature to investigate the decisions made by the state agency to find long-term solutions. Additionally, the Governor declared that winterization of Texasâ power system and related funding be added as an emergency item to ensure the reliability of the state's power infrastructure. In response to Winter Storm Uri, Governor Abbot requested that a Major Disaster Declaration be issued by the federal government, which would allow eligible Texans to apply for financial assistance related to property damage caused by the effects of the storm. President Joe Biden granted that request for nearly half of all Texas counties. Legislative Hearings on Electric Grid The Texas Senate Committee on Business and Commerce and the House joint State Affairs and Energy Resources Committees conducted two days of hearings to examine the conditions leading to the power loss during last week's winter storm. In a break with common practice and a sign of the importance of the topic, even Senators not serving on the committee were able to participate and ask questions. In both chambers, hearings were highly technical, digging into specifics of issues such as legal authority, and the operation of the power grid. Legislators asked tough questions of the witnesses, and witnesses provided substantive testimony. Vulnerabilities to extreme weather events were exposed throughout the system, from regulators to power plants to industry. Both chambers covered the historic nature of the conditions compared to prior winter weather events and peak summer demand. Legislators questioned ERCOT CEO, Bill Magness, and Public Utility Commission (PUC) Chairwoman DeAnn Walker. Legislators asked questions ranging from decisions made before and during the storm to oversight authority and infrastructure winterization. Legislators also heard testimony from agency leaders, industry associations and individual companies from each segment of the sector's supply chain. Only one week after the storm, witnesses requested more time to conduct their root cause analyses of the events in order to provide recommendations on how to strengthen the electric grid. In many cases, the committees demanded those reports and recommendations be quickly provided to the Legislature. One suggestion that was widely supported by numerous witnesses is a statewide public alert system for the electric grid. More hearings are expected on this topic, with legislation to follow. Learn more aboutÂ the Partnershipâs Executive Priorities.
Read More

Join the Partnership for the 2021 Washington, D.C. Fly-In. This four-day virtual event will bring together members of Congress, the White House, and other D.C. stakeholders with leaders of Houston’s business…