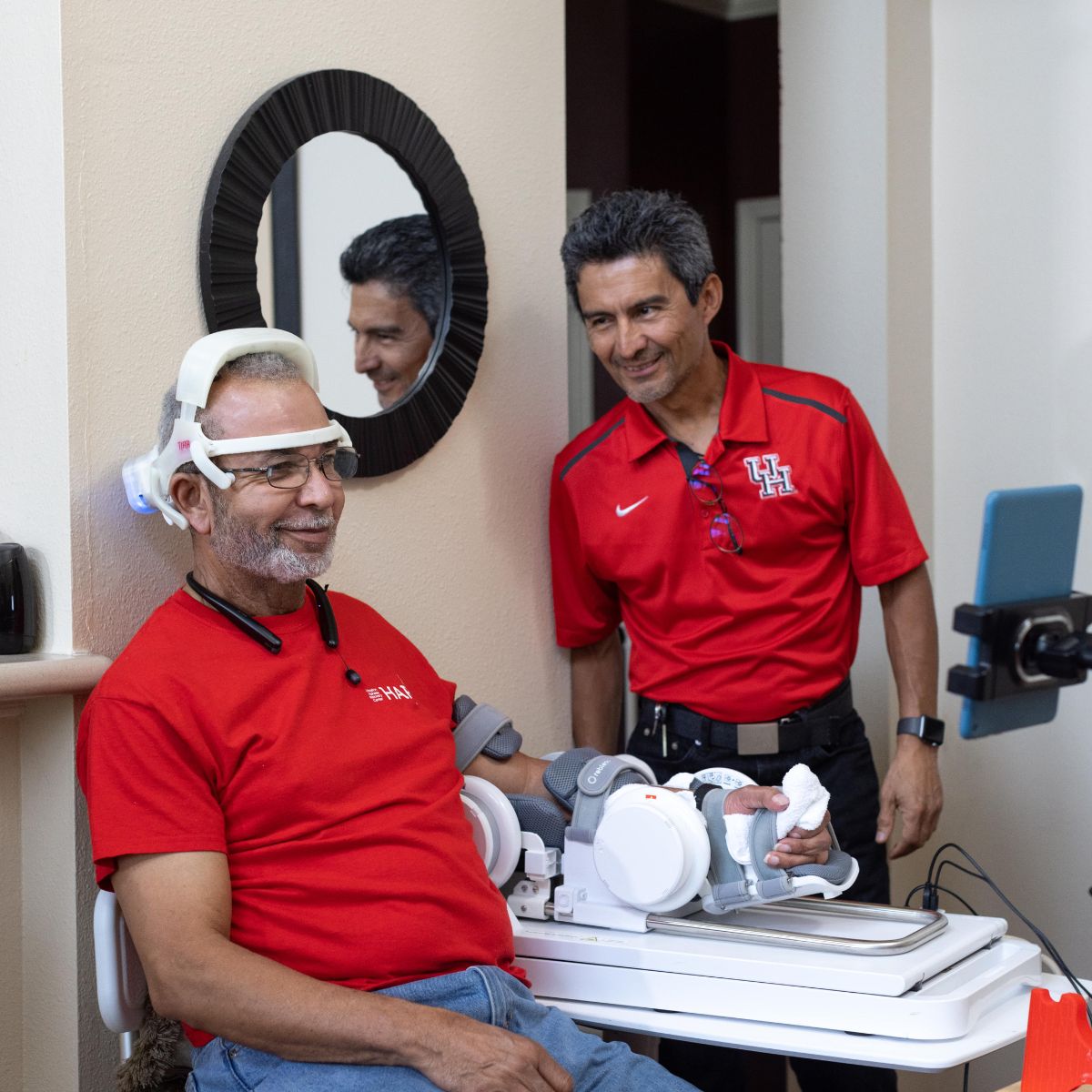 Houston is known for its world-class institutions and professional talent in the health care and life sciences industries, so it comes as no surprise that healthcare systems, academic institutions and medtech startups are being recognized for their innovations.

Here are just a few examples:

The University of Houston recently made news with its creation of a robotic arm that can be controlled by a patient’s brainwaves – it’s considered a gamechanger for stroke patients. According to UH, engineering professor Jose Luis Contreras-Vidal and his team developed the portable brain-computer interface (BCI) exoskeleton to restore upper limb function. Contreras-Vidal’s innovation differs from similar technologies because the brain-controlled robotic arm doesn’t require surgery and is available to a patient both at home and in a clinic. Most neuro technologies are limited to a lab or clinic and are expensive and hard to operate, according to UH.

“The broader impact and commercial potential of this project is to advance national health by accelerating development, efficacy and use of brain-controlled robotic rehabilitation after stroke by capitalizing on the benefits of non-invasive brain interfaces that extract information about the patient’s motor intent and the real-time assessment of impairment and recovery of motor function," said Contreras-Vidal.

HCA Houston Healthcare Medical Center successfully completed a robotic-assisted coronary angioplasty, according to InnovationMap. The technology allows doctors to perform the procedure inside a radiation-protected cockpit by using a joystick to robotically place catheters, angioplasty balloons, and stents to clear a blockage and restore blood flow. Doctors say the robot-assisted surgery is safer and more precise.

Earlier this year, two other HCA Houston Healthcare hospitals also celebrated milestones. The hospitals performed their first peripheral lung biopsies using robotic-assisted technology, according to InnovationMap. The technology allows doctors to go through the lung’s natural airways, lowering the risk of complications. It also supports the early diagnosis of lung disease when used as a screening tool due to the technology’s ability to examine hard-to-reach areas.

Houston-based medtech startup, CorInnova, was recently accepted into an international accelerator program, MedTech Innovator. CorInnova has created what they describe as the world’s first minimally invasive robotic cardiac-assist device that treats acute heart failure without touching the blood. The device’s ability to collapse and self-expand makes it a less invasive option compared to other devices, according to the company. Existing devices also have higher risks of side effects, including elevated risk of stroke, blood damage and kidney problems.

According to MedTech Innovator, their accelerator programs aim to promote the growth of early and mid-stage startups by working closely with stakeholders across the industry.

CorInnova has previously been a part of accelerator programs at TMC Innovation and is currently a resident at JLABS @ TMC. JLABS provides startups access to a medical device prototype lab and highly specialized tools to further advance their innovations.

Houston has more than 1,900 life sciences companies, cutting edge hospitals, health facilities and research institutions with a workforce of more than 370,000 people in health care, biotech and related fields in the area. The city ranks No. 13 in CBRE’s latest analysis of the nation’s top 25 life sciences markets.

Learn more about Houston’s life sciences and biotech sectors and how the city is advancing life sciences with several large-scale development projects.

A California life sciences manufacturing company is expanding to The Woodlands.  San Diego-based Cellipont Bioservices, a cell therapy contract development and manufacturing organization, or CDMO, said this week it will open an 76,000-square-foot manufacturing facility for cell therapies and gene-modified cell therapies.  Cellipont said the facility is slated to open in phases starting in the first half of next year and will include state-of-the-art manufacturing, process development, assay development and testing capabilities.  “Cellipont is excited to move forward with this next stage of our company’s development as a best-in-class cell therapy CDMO,” said Deborah Wild, CEO at Cellipont in a statement. “As our client programs advance through the clinic and toward commercialization, we are working diligently to offer them state-of-the-art facilities and capabilities. This site near Houston is an ideal location to serve clients and patients across all of North America, with two major airports and a strong local workforce.”  Cellipont Chief Operating Officer Mike O’Mara said the expansion offers the company a blank canvas to create the ideal cell therapy facility in a phased approach as its clients grow their programs. Gil Staley, CEO of The Woodlands Area Economic Development Partnership, said Cellipont’s dynamic facility will be a “jewel” among the bioscience companies in the community’s Research Forest area. “With healthcare as our largest business sector, Cellipont will undoubtedly enhance the sustainability of our medical hub,” Staley said.  Ann Tanabe, CEO of industry group BioHouston, Inc. said, “We know that the Houston area is a great place for the life sciences industry to take root, so it’s wonderful when a company located in one of the premier biotech hubs – San Diego – recognizes this and chooses Houston as their next strategic location.” This is just the latest economic development announcement for The Woodlands. Last month the Houston Business Journal reported that chemical manufacturing company SI Group Inc. was moving its global headquarters from New York State to the Hughes Landing complex. SI Group, which makes performance additives, active pharmaceutical ingredients and chemical intermediates, plans to move into the new office in the fall, according to the report.  SI Group operates roughly 20 offices and manufacturing facilities across the U.S. and has operations in nine other countries. The company employs approximately 2,000 workers, according to its website.  Learn more about why companies are choosing to relocate to Houston and see details about the region's life sciences sector.
Read More