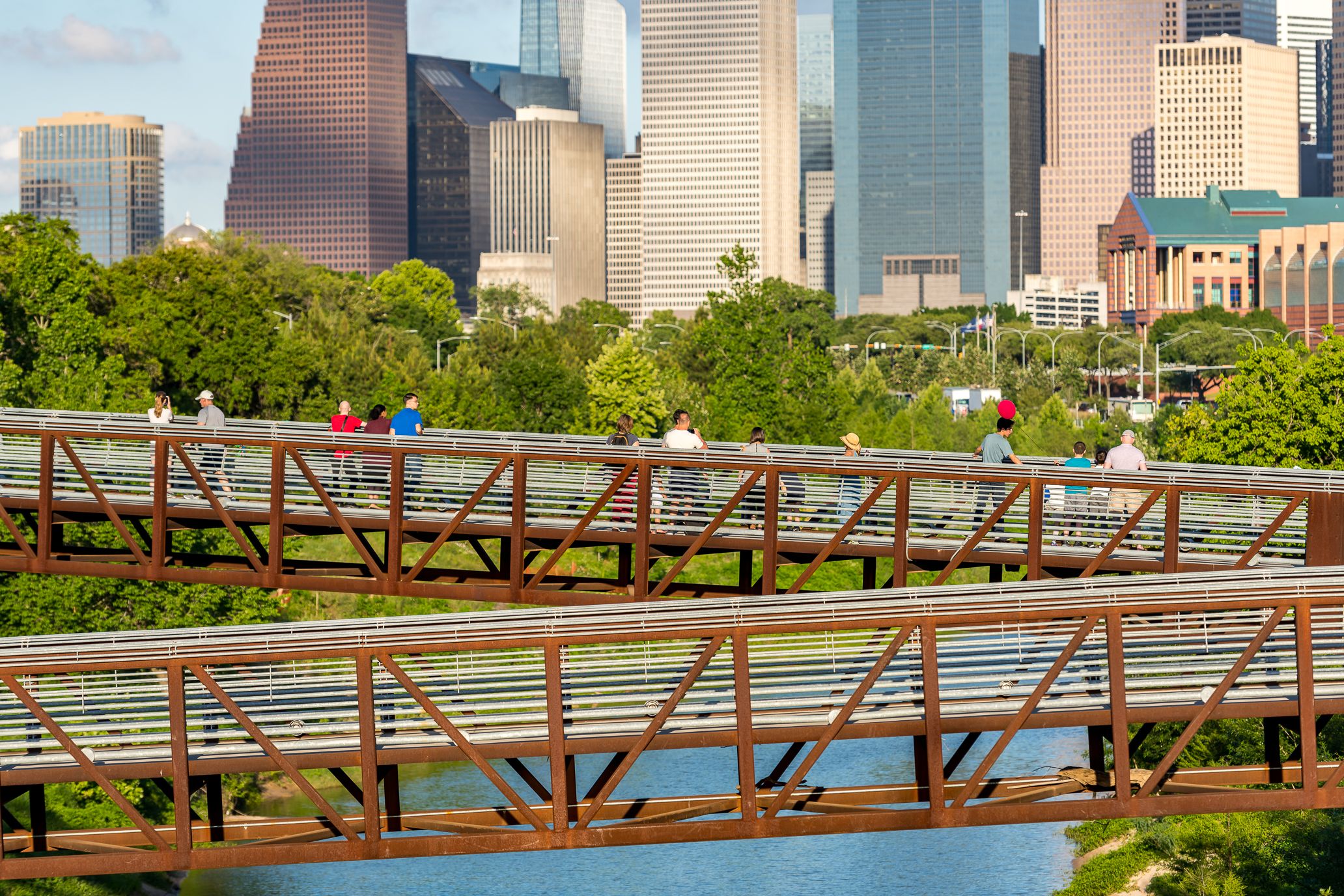 Houston ranked third in the nation in overall population growth, third in net natural increase, and fourth in international migration in 2018. New York, Los Angeles and Chicago lost population, again, but not enough to endanger their rankings as the nation’s three most populous metros.

Last year’s growth, however, was the weakest in 20 years. It came on the heels of tepid growth the year before. The region saw fewer births last year, an uptick in deaths, and a significant number of residents leaving Houston. If not for a surge in international migration, Houston’s population growth would have been weaker still.

For the second consecutive year, more people left Houston than moved here from other parts of the U.S. The U.S. Census Bureau estimates the loss at 19,500 residents over the two years. Earlier in the decade, domestic migration annually exceeded 60,000.

Every county in the Houston metro area gained population last year, with Harris capturing the most residents. All the growth, however, came from the natural increase. Harris suffered negative domestic migration, which isn’t surprising since the county bore the brunt of Harvey’s impact. International migration though substantial, wasn’t to enough to offset the domestic outflow. Net migration was positive for the remaining eight counties, and all nine counties gained in total population, the growth concentrated in Brazoria, Fort Bend, Harris and Montgomery counties.

While the region’s job market isn’t the draw it once was, other factors (warmer weather, affordable housing, family ties, friendly business climate) are likely to continue to draw people to the region.

And Houston should continue to attract residents from abroad. Immigrants prefer metros that already have large populations of their fellow countrymen. Houston has a large foreign-born population—nearly one in four Houstonians was born abroad. The region also has a reputation for welcoming newcomers, whether they’re from New York or New Zealand. And Houston has become a global city, with 90 consulates, two international airports, the second busiest seaport in the nation, and nearly 1,000 foreign-owned companies with operations in Houston.

In this episode of Bayou Business Download, we talk about the latest figures from the U.S. Census and what they tell us about the region's growth in the middle of the pandemic. We're joined by Partnership Senior Vice President of Research Patrick Jankowski. In this episode we cover:  The changes in metro Houston's population between July 2020 and July 2021 How those changes compare with the nation's other major metros  What the local figures tell us about where the region is growing fastest and where it's losing population  What the long-term trajectory looks like for metro Houston's population   Bayou Business Download is presented exclusively by:              Visit Website
Read More