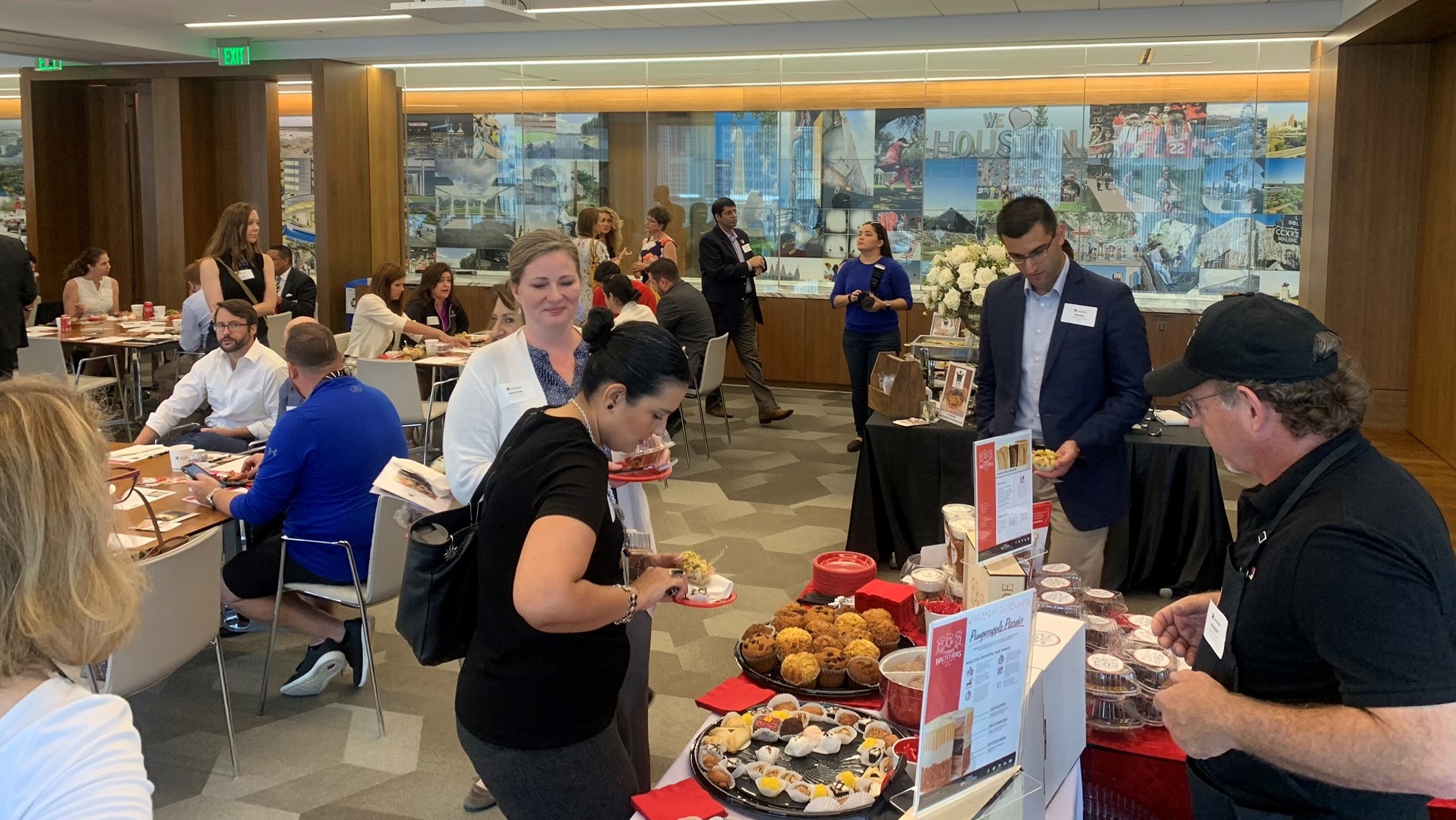 The restaurant industry is a vital part of Houston’s economy, employing hundreds of thousands throughout the region and contributing billions of dollars to the local economy. But the sector faces tough headwinds from increased competition, rising costs and labor shortages, according to two industry leaders who spoke to members of the Partnership this week.

“For many reasons, this is a great time to be in this industry in Houston,” said former Greater Houston Restaurant Association President and Legacy Restaurants CEO Jonathan Horowitz. “Our economy is good, cost of living is relatively low and Houston is growing.” However, the growing challenges of narrowing profit margins, lack of workers and other factors are making success more difficult, he said.

There are nearly 12,500 restaurants and food related establishments across the metropolitan area and roughly 300,000 people are employed in the restaurant and hospitality sector, according to figures from the Greater Houston Restaurant Association. Restaurants are a $863 billion industry nationally and $66 billion in Texas. The latest figures from the Texas Comptroller’s office show food and drinking establishments had sales totaling just over $18 billion last year.

Houston’s dining scene is finally getting the recognition it deserves nationally thanks to a mix of high-profile articles in the media, critical acclaim and word of mouth. “The rest of the world is catching up to the fact that when you bring people from all over the globe to a city like Houston amazing things happen,” said Melissa Stewart, executive director of the Greater Houston Restaurant Association.

Stewart and Horowitz presented their take on the industry to those gathered for the Partnership’s Arts, Culture, Tourism & Sports Council on July 16. Restaurants including Harold’s in the Heights, Three Brothers Bakery, Truluck’s and Citadel Houston provided bites for attendees.

Stewart said for many in the industry, serving food is a calling that goes beyond just having a job or running a business. “Food is very personal for people; it’s how you show love and care for people and that’s what our industry does.”

The restaurant industry continues to be an area of opportunity for people willing to learn the craft and put in the time and effort to run a business, Horowitz said. But rising costs, tariffs on imported foods and other challenges are making it increasingly difficult to operate today.

Horowitz stressed that prospective restaurateurs must first and foremost know how to run a business and balance the books before leaping into the competitive landscape. “It might seem like a fun idea, but if you don’t know the basics you won’t make it,” he said.

Houston as a Food Mecca

According to Yelp.com, Houston has nearly 160 categories of cuisine, including Afghan, Georgian and Polish restaurants. Houston is also home to over 650 food trucks and stands, nearly 140 delis and about 100 wine bars.

Houston’s reputation as a culinary hotspot has also been recognized by the James Beard Foundation. The Greater Houston area received 11 semifinalist nominations for the 2019 James Beard Awards, recognized as the “Oscars of the food world.” In recent years three local chefs have been honored by the Beard Awards as Best Chef in the Southwest.

Council events are open and free to all members of the Partnership. For more information about Councils and to see upcoming topics, click here.

Texas Ranks No. 2 for Women-Led Startups

Texas climbed to the No. 2 slot in women-led startups in 2021 due to increased venture capital investments, according to a new annual report. In 2021, Texas was No. 6 in Merchant Maverick's best states for women-led startups report. The study uses gender-specific metrics to evaluate each state. The stateâs five-year total for female-focused venture capital investments more than doubled to $814 million in this year's report from $365 million in the 2021 report. "Thanks to rising startup hubs in cities like Miami, Boulder, Phoenix, and Houston, more funding opportunities are available to female entrepreneurs than ever before," according to the report. Houston is home to more than 700 venture-backed startups, receiving $2.7 billion in capital funding from 2016 to 2020. In 2020, the most heavily invested industry for VC funding in Houston was health care, which received more than $1.1 million in funding, according to the financial database Pitchbook. Houston business leaders recognize that innovation plays a vital role in building a great global city. Last year The Ion, a tech hub opened in the heart of the Innovation Corridor, aiming to advance tech entrepreneurship by offering commercial office space for established companies and co-working space for early-stage startups. The region is also home to more than 50 other startup development organizations that have emerged in recent years, including incubators, accelerators, makerspaces, coworking spaces and more.Â  Here are the top 10 states for women-led startups in 2022, according to Merchant Maverick: Colorado Texas Florida Washington Maryland Montana MassachusettsÂ  California Arizona Virginia Learn more about Houstonâs innovation ecosystem.Â  Â
Read More