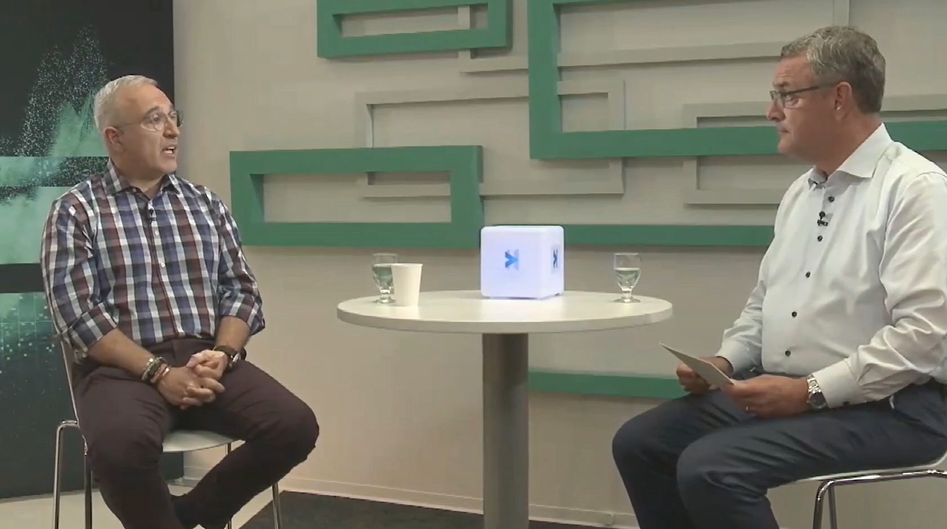 When Hewlett Packard Enterprise announced late last year it would relocate its headquarters from San Jose, Calif. to the Houston area, it turned heads in the tech world. The move will not only give Houston bragging rights over an additional Fortune 500 company (bringing the metro total to 23), it further establishes the region as a legitimate player in the tech sector, one that can compete for the top companies looking to operate closer to leading firms in energy, life sciences and logistics.

HPE already has a solid presence in Houston with thousands of employees, but establishing its corporate headquarters at a new Springwoods Village campus set to open in early 2022 will make the company a major power player in Houston’s emerging tech ecosystem and likely help draw more companies.

The Partnership invited HPE CEO Antonio Neri to present at its inaugural State of Technology event held virtually this week. Neri spoke about the reasons behind the company’s move and where he is centering HPE’s focus for a post-pandemic world.

Partnership President and CEO Bob Harvey kicked off the event by discussing Houston’s ongoing effort to foster new technology and innovation while also drawing existing players to the region. “Houston is a city with an incredible history of innovation. Changing the world is in our nature and our very DNA,” Harvey said. “Over the past few years, entrepreneurs, investors, academic institutions, local government, and the corporate sector have come together to unite, grow, and promote Houston's startup ecosystem.”

Harvey then introduced Neri, who began his presentation by discussing how COVID-19 has impacted the ways we live and work, adding that HPE considers it their responsibility "to help the world navigate the pandemic.”

Neri said his company is focused on helping solve the big problems impacting the world through data, which he calls the currency of the digital economy. “This is what guides us every day—to make this work more inclusive and to deliver outcomes from the data in a way that we haven’t done before.”

Looking forward, Neri said his top three priorities are the culture of the company, a focus on innovation and HPE’s customers. Diversity and inclusivity have become more important in the tech sector over the last year and the CEO said HPE has focused on involving all employees in charting the company’s journey toward greater inclusivity.

The decision to relocate HPE’s headquarters to Houston was largely about getting access to talent and being able to develop that talent for the long term, Neri said. Houston is the most diverse city in the nation and the Neri said he saw it as an opportunity to rebalance the company and work toward increased diversity and inclusion in a region that would continue to attract young talent. “I feel we made the right decision for the community we serve,” he said.

Beyond HPE, a growing chorus of tech companies are expanding their presence in Houston. Greentown Labs, Amazon and Google Inc. all announced significant Houston area projects last year. In February, Roboze, a manufacturer of industrial 3D printing technology, unveiled its new U.S. headquarters in Houston and announced plans to hire more than 100 employees over the next two years.

Early-stage Houston companies are also garnering more venture capital funding than ever before. Since 2016, VC investment in Houston has grown almost 250%, with a record $753 million raised last year.

Learn more about Houston's tech industry and read the latest report on the region's tech ecosystem.

A Utah-based software maker says it will open a second headquarters in Houstonâyet another example of this regionâs growing tech infrastructure.Â  Supply chain risk management software company Avetta plans to open its new Houston headquarters later this year, the company said in a release. Executives told the Houston Business Journal that roughly 50 employees, including the majority of Avettaâs leadership team, is already in the Houston region.Â  "We have been actively working with a real estate company who is helping us identify places, and we have a shortlist, Avetta President and CEO Arshad Matin told the newspaper.Â  Avetta plans to add an additional 100 employees across its global footprint this year, including some based in Houston, Matin said.Â  Avetta has an office in Irvine, Calif., where it handles much of its product development and software development. The company's headquarters in Orem, Utah, houses a variety of back-office functions and some members of the executive team, Matin told the HBJ.Â  Matin said Avetta will continue to build out its platform, a marketplace that connects customers with suppliers to manage and reduce supply-chain risk. The firm has around 100,000 contracting companies and around 400 customers in its network today, and Matin aims to grow those numbers dramatically over the next few years. Avetta also sees an opportunity to implement capabilities tracking sustainability and environmental, social and governance (ESG) with its platform. Avettaâs technology platform helps companies worldwide build resilience and continuity in their supply chains â from increasing visibility within the network to ensuring safety and sustainability. The Avetta Marketplace provides suppliers and contractors deep discounts on insurance and safety-related products and services. Avetta also announced the hiring of two new executives, Tom McNamara as COO and Jeff Byal as CFO. McNamara, formerly COO and chief revenue officer at construction software firm Viewpoint, will lead Avetta's sales, marketing, supplier network and professional services divisions. Byal is a certified public accountant who most recently served as CFO at Kentucky-based Appriss, a data and analytics provider. A growing number of tech companies are expanding their presence in Houston as the region works to actively recruit firms in the sector. In November, Hewlett Packard Enterprise announced plans to move its headquarters from California to North Harris County, giving the region yet another Fortune 500 company. Greentown Labs, Amazon and Google Inc. all announced significant Houston area projects earlier in 2020.Â  Houstonâs digital tech workforce grew last year, nudging the metro up to 11th place, ahead of Philadelphia in the rankings of the nationâs major tech centers. Thatâs according to Cyberstates 2021, the Computing Technology Industry Associationâs (CompTIA) annual assessment of the U.S. tech sector. The region added 8,100 tech workers in 2020, according to CompTIAâs estimates, bringing the total to 243,900. Houston overtook Detroit, which lost tech workers last year. Cyberstates 2021 found that Houston had 9,286 tech establishments in 2020, up from 8,798 in 2019. And the tech sector contributed $29.2 billion to the regionâs GDP in 2019, 5.6 percent of the total. Thatâs up from $28.4 billion in 2018.Â  Learn more about the CompTIA report in this month's Houston Economy at a Glance and read the latest report on the region's tech ecosystem.Â  Â
Read More