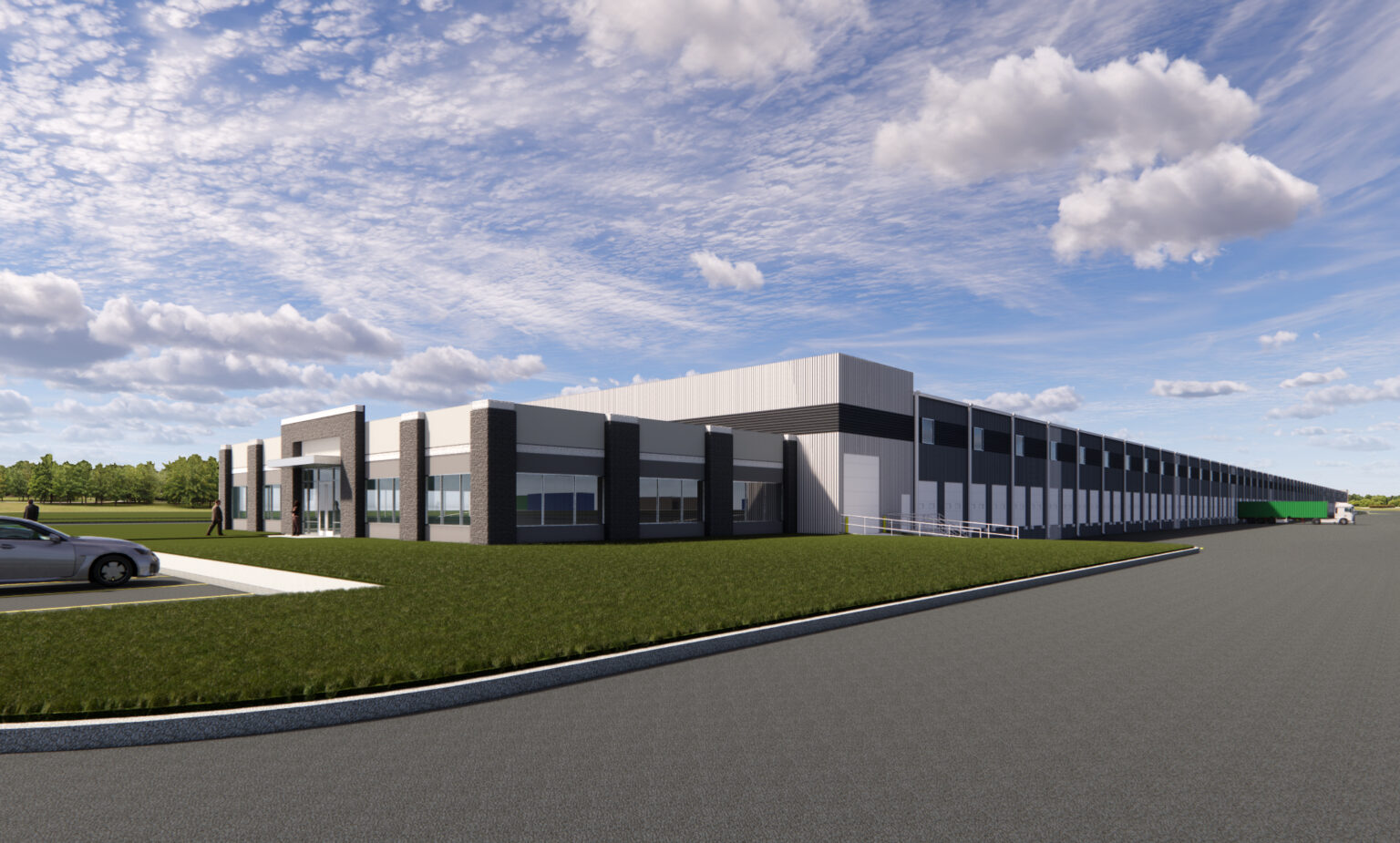 TGS Cedar Port Industrial Park has announced several new industrial projects or expansions, including a new 164,000-square-foot Class-A speculative truck terminal. Dayton Street Partners made the 47.4-acre purchase at the industrial park located in Chambers County. According to a press release, the Chicago-based developer said the park’s location was key in the decision. The intermodal transportation logistics facility offers direct access to major interstates and highways, including Grand Parkway, and the Houston Ship Channel, and rail service.

“Houston has proven itself as a powerhouse logistics hub,” said Hower Wedren, Dayton Street Partners founder and managing principal, in a press release. “The opportunity to join the incredible development at Cedar Port Industrial Park and bring the very first spec truck terminal to the area is tremendous and we look forward to continued involvement in Houston’s logistics market.”

The truck terminal will include a build-to-suit office, a guard shack, a 10,000-square-foot truck maintenance facility and a potential fueling station. The terminal is expected to be completed by the second quarter of 2023.

Earlier this year, Article, an online furniture retailer, announced its first Texas fulfillment center at Cedar Port. The retailer’s 500-square-foot build-to-suit warehouse will join other major companies with a presence at the industrial park, including IKEA, Walmart, Home Depot and Floor & Décor.
According to the Houston Chronicle, Walmart is expanding its presence by building a new 1 million-square-foot distribution center at Cedar Port Trade Center, located within the 15,000-acre industrial park.

Industrial projects are also gaining steam along the U.S. 290 corridor northwest of Houston. According to the Houston Chronicle, Pagewood recently broke ground on the Great 290 Distribution Center on 63 acres of land at the southwest corner of U.S. 290 and FM 2920 in Waller County. It will contain a 500,000-square-foot cross-dock building, which is expected to be completed in March 2023.

In January, Hines acquired 78 acres for a build-to-suit project in Beacon Hill, a master-planned community along U.S. 290 near FM 362 that will include commercial, multifamily and retail across 564 acres. According to the developer Wolff Companies’ website, the 290 corridor “supported by an excellent school district and the business-friendly climate in the City and County of Waller” sets the region up for “decades of high-quality growth and development.”

According to figures from CBRE’s analysis of the second quarter of 2022, Houston broke records for the highest second quarter absorption the industrial market has experienced in 20 years, coming in with 7.8 million square feet of positive absorption. It also found that market-wide vacancy rate decreased for the fourth consecutive quarter, reaching 4.4%. The most active submarkets for building activity were the Northwest, with 7.6 million underway and a total of 23.4 million citywide in the pipeline.

CBRE predicts another “strong year” for industrial activity and manufacturing in Houston as companies onshore their operations to avoid supply-chain disruptions.

Learn more about what makes Houston an ideal location to distribute goods around the country and the world.

An autonomous rover dubbed the “layout Roomba” that marks architectural and engineering designs directly onto unfinished concrete floors is one of many examples of the innovation happening in Houston’s advanced manufacturing sector. The city boasts a thriving tech ecosystem and is considered a global manufacturing powerhouse due to its central geographic location, unparalleled infrastructure and talented workforce.  Funding is now flowing into Houston to help drive the next wave of manufacturing innovation. According to the Partnership’s 2022 Houston Tech Report, more than 900 investors have funded over 1,500 venture capital transactions in the Houston region over the last five years. Data shows that 8.6% of all VC deals are funding manufacturing projects with another 8.7% funding AI and machine learning ventures.  “I think Houston is a great place to start a company. It hosts a diverse pool of exceptional talent, a reasonable cost of living and a welcoming start-up community,” said Derrick Morse, CEO and founder of Rugged Robotics. “Houston is also home to a number of innovative companies that solve really hard and really important problems.”  Rugged Robotics, a Houston startup company founded in 2018, hopes to revolutionize the construction industry by tackling the challenge of field layout by using its small robot to create a more detailed, more accurate and faster way of doing the work. Traditionally, a construction worker must do the marking manually using tape measures, chalk lines and surveying equipment. Morse, a construction industry veteran, said he saw a need to solve a pain point in the construction industry. “By focusing on the problem, and by developing a practical solution, we’ve unlocked a very exciting opportunity” Morse said. Rugged Robotics is operating out of the East End Maker Hub, a makerspace and manufacturing center in Houston’s East End. Morse said it was a no-brainer to choose the incubator as they started growing. “The East End Maker Hub was initially attractive for two reasons,” Morse said.  “First, access to the machine tools and rapid prototyping equipment we were familiar with at TXRX, and second, flexibility.” He added that the flexibility of the leases allows the company to move into bigger spaces as they evolve. Next month will mark a year since the $38 million innovation hub opened. Urban Partnerships Community Development Corporation says the facility is 95% occupied with 49 tenants from candle making to biotech/manufacturing, a sign of a successful first year. The East End Maker Hub aims to create 1,000 new companies over the next five years to boost Houston’s advanced manufacturing jobs. Houston has one of the largest manufacturing workforces in the country with more than 213,100 workers, but it declined by 8.6% between 2015 and 2020, according to the Partnership’s analysis. “We've retained or created over 330 jobs thus far and aim for 500 in the coming years. We're a model for how to use public funding to jump start development to support the entrepreneurial ecosystem,” said Natasha Azizi, Executive Director of UP CDC and East End Maker Hub. The East End Maker Hub is part of several landmark projects to position Houston as a national leader in tech innovation.  According to the Houston Tech Report, venture capital investments have grown  from $423 million in 2017 to $2.02 billion in 2021, a near five-fold increase and an unprecedented 47.4% growth rate per year. Click to expand Rugged Robotics team Rugged Robotics recently raised $9.4 million in Series A funding to help the company hire more people, expand its products and more. “We’ve built an amazing foundation, and I’m excited by the road ahead.  Our team is truly inspiring.  I can’t wait to see what we’re capable of,” Morse said. Learn more about Houston's advanced manufacturing sector and innovation ecosystem.
Read More

Houston’s big-box industrial market is booming. According to March data from CBRE, Houston experienced an 11.1% increase in warehouse or distribution centers over 200,000 sq. ft. in 2021, landing the city as the market with the most growth nationwide.  Click to expand Top big-box industrial growth markets for 2021 (credit: CBRE) “Houston’s pro-business environment, favorable real estate conditions and population growth continue to drive its thriving big-box industrial market,” said CBRE Senior Managing Director Peter Mainguy in the report.  According to the report, tenants across the nation leased an unprecedented amount of industrial space last year to serve a growing number of online customers and combat supply chain disruptions.  General retailer and wholesalers and third-party logistic companies were the most active occupier types in 2021, according to the report. Houston decreased its vacancy rate to 6.6% in 2021 from 7.9% in 2020. “Houston is poised for perhaps the most cap rate compression of all the major Texas markets this year,” CBRE Executive Vice President Jonathan Bryan said. “After the incredible rent growth of 2021, landlords have more opportunity to raise rents than any time in recent history.” The report states businesses are attracted to Houston’s tax incentive programs and access to an array of logistics hubs, including four deep-water seaports, rail service, two international airports and an extensive highway system. “We expect 2022 to be another great year for Houston Industrial,” Mainguy said. Learn more about Houston’s competitive taxes &amp; incentives and explore the region.
Read More