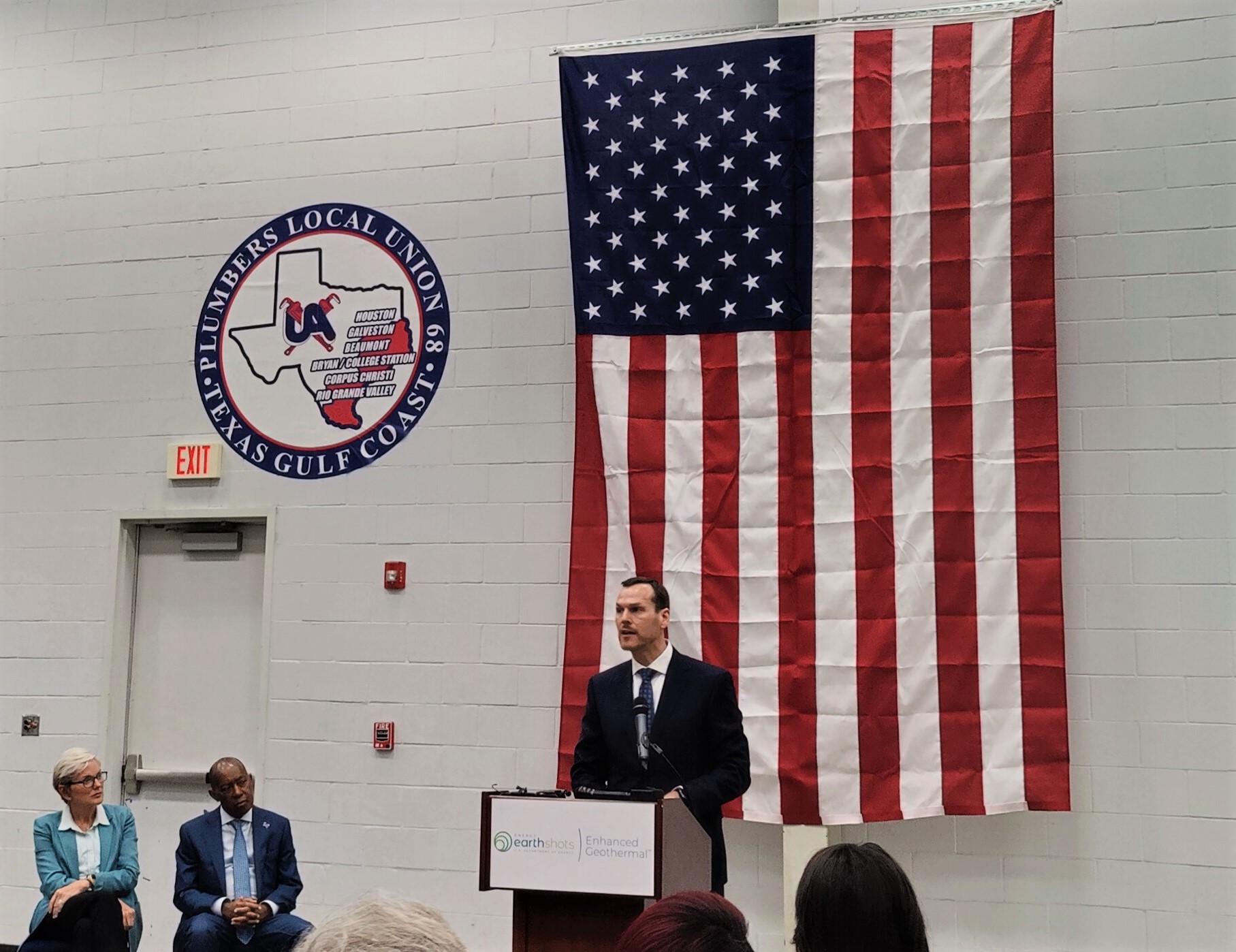 For over 100 years, Houston has been a global hub of energy activity. That tradition continues today, particularly as the world transitions toward lower carbon energy solutions. In 2021, HETI was launched to support Houston’s continued economic growth and prosperity through the transition to an energy-abundant, low-carbon world. HETI’s mission is to leverage the region’s energy leadership to accelerate global solutions for a low carbon energy future.

Last week was an exciting one for the energy capital. The Partnership hosted visits from both the U.S. Secretary of Energy and the Queen of the Netherlands – both to talk clean energy and Houston’s leadership.

On Thursday, September 8th, at Plumbers Local 68 in Houston, the U.S. Department of Energy announced its Enhanced Geothermal Shot Program, designed to reduce the cost of geothermal production by 90% to $45/KwH. The event included participation from several HETI members and friends, including Schlumberger, Houston Advanced Research Center, Fervo Energy, and Criterion Energy Partners. This announcement represents the fourth in a series of DoE’s Energy Earthshot programs.  It’s not surprising that Houston was the selected location for this announcement. The same technology that has been used for decades to extract oil and gas resources from the earth can also be leveraged to extract the earth’s heat – a renewable, natural, carbon-free resource that could generate up to five terawatts of clean power to support the world’s transition to low-carbon energy solutions.

Enhanced geothermal energy depends upon the ability to drill to depths of at least 4000ft to access the natural heat within the earth. Where else in the world can you find the talent, experience, and know-how to develop solutions to meet the geothermal challenge than Houston? Later that day, Secretary of Energy, Jennifer Granholm, and Assistant Secretary of Fossil Energy and Carbon Management, Brad Crabtree, met with several of Houston’s energy industry leaders at the Greater Houston Partnership to discuss opportunities associated with enhanced geothermal energy development.

On Friday, the Greater Houston Partnership had the opportunity to host a delegation from the Netherlands, including, to discuss the strong economic partnership that exists between the Netherlands and Texas, particularly with respect to energy and ports. During an open dialogue between Houston and Netherlands port and energy leadership, the two regions explored opportunities to support each other in developing energy-abundant, low carbon solutions, including clean hydrogen. Earlier this year, the Center for Houston’s Future published a report detailing how Houston could become a hub of clean hydrogen production and export for the region.

Learn more about all the ways Houston is leading the world toward an energy-abundant, low-carbon future. If you have a story that demonstrates Houston’s leadership in the energy transition, we want to tell it, so email us at HETImedia@houston.org.