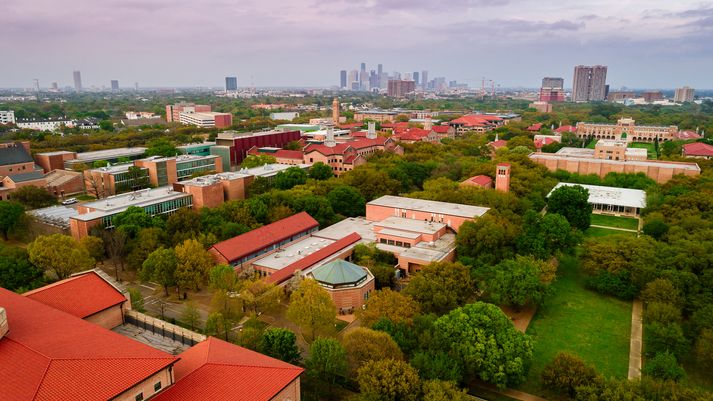 Amazon announced a new same-day retail delivery service across many locations, including Houston. This service allows prime members to browse select retail stores on Amazon and offers pick-up and same-day delivery options. The initial installment of this service will include popular brands such as PacSun, GNC, and many more.

After 40 years in its offices at the Galleria, the engineering and construction firm Bechtel, recently announced its relocation. Driven by the desire for more space to serve its growing business, Bechtel signed one of the largest new leases in 2022. Bechtel's new building is nine stories tall, energy efficient, and located on a 35-acre campus near Sam Houston Tollway. The company will move out of its current office in 2024.

Houston-based Buckeye Partners LP plans to develop a large-scale green hydrogen and ammonia production, storage, and export project with its recent acquisition of Bear Head Energy Inc. This project will also have more than two gigawatts of hydrogen electrolyzer capacity. Located on 251 acres of land and a 68-acre water lot on Canada's Atlantic coast, Buckeye expects to create several new energy jobs in Nova Scotia through the Bear Head project.

Two of Houston's largest energy employers, Chevron and Shell, participated in Edmonton, Canada-based Aurora Hydrogen's $10 million Series A funding round. Aurora Hydrogen works to produce hydrogen and solid carbon without consuming water or generating carbon dioxide emissions. These investments will help the development of a demonstration plant in Edmonton capable of producing 200 kilograms of hydrogen per day.

Comcast recently announced an investment of more than one million dollars to fund community programs and other efforts designed to close the digital divide for low-income residents in Greater Houston. This funding will provide local community organizations with digital skills training, workforce development/readiness workshops, and other tech education for students, adults, and people with disabilities. Organizations receiving funding include United Way, BakerRipley, and more.

Planning to build its first-ever blue hydrogen plant, ExxonMobil announced its carbon capture and storage (CCS) project at its integrated refining and petrochemicals site in Baytown, Texas. The CCS Project will be one of the world's largest, with a capacity to store up to 10 million metric tons of CO2 per year.

Nine startups in Texas have been selected by Google for the inaugural cohort of the Google for Startups Latino Founders Fund, three of which are based in Houston. These companies will receive a $100,000 investment, programming and support, mentorship from technical and business experts, access to free mental health therapy, and much more. This program was originally founded to help provide opportunities and wealth for Latinos in the business community who lack access to funding.

The Houston Bar Association recognizes organizations and individuals who has shown exceptional commitment and achieved significant progress on diversity, equity, and inclusion in the legal field. Houston law firm, Greenburg Traurig won two diversity awards this year, placing in the organization category and the individual category.

Lee & Associates have partnered with 35 South Capital to purchase an $18.6 million, 150,000-square-foot, nine-story building near the CityCentre. Lee & Associates have plans to move into a full floor of about 17,000 square feet next year. 35 South Capital will move into a 3,000-square-foot space in the building later this year.

LyondellBasell is considering a plan to expand its advanced recycling capacity at its Houston refinery, which it plans to shut down by the end of 2023. Interim CEO Ken Lane believes this will be the future of the refinery and lead to the company's success. LyondellBasell will spend the next few years researching and developing a plan of action.

Ensuring its place as a leader within the Houston and global innovation ecosystem, Rice University named Paul Cherukuri, the executive director of the Institute of Biosciences and Bioengineering, the inaugural Vice President for Innovation. In this new position, Cherukuri will lead Rice’s technology and commercialization infrastructure, with a focus on technology translation, startup creation, commercialization, entrepreneurship training, and steering engagement at The Ion.

Texas A&M partnered with New York tech company StartupTree to track the performance of startups incubated by the university. StartupTree will create a performance-tracking platform that not only records A&M-born innovations, but also matches these startups with business mentors, legal advisors, and other resources.

University of Houston's Shaun Zhang, director of the Center for Nuclear Receptors and Cell Signaling was granted $1.8 million to continue his research in oncolytic virotherapy. This treatment works to create viruses that can kill cancer cells while leaving nearby healthy cells and tissues intact.

The A.R. “Tony” and Maria J. Sanchez Family Foundation donated $3 million to establish a scholarship endowment for sales and digital marketing students at the University of Houston. When fully funded, the new endowment will support $5,000 scholarships for 30 students each year at Stephen Stagner Sales Excellence Institute, UH's C. T. Bauer College of Business program. Recipients will be chosen with a preference for students of very low-income families.