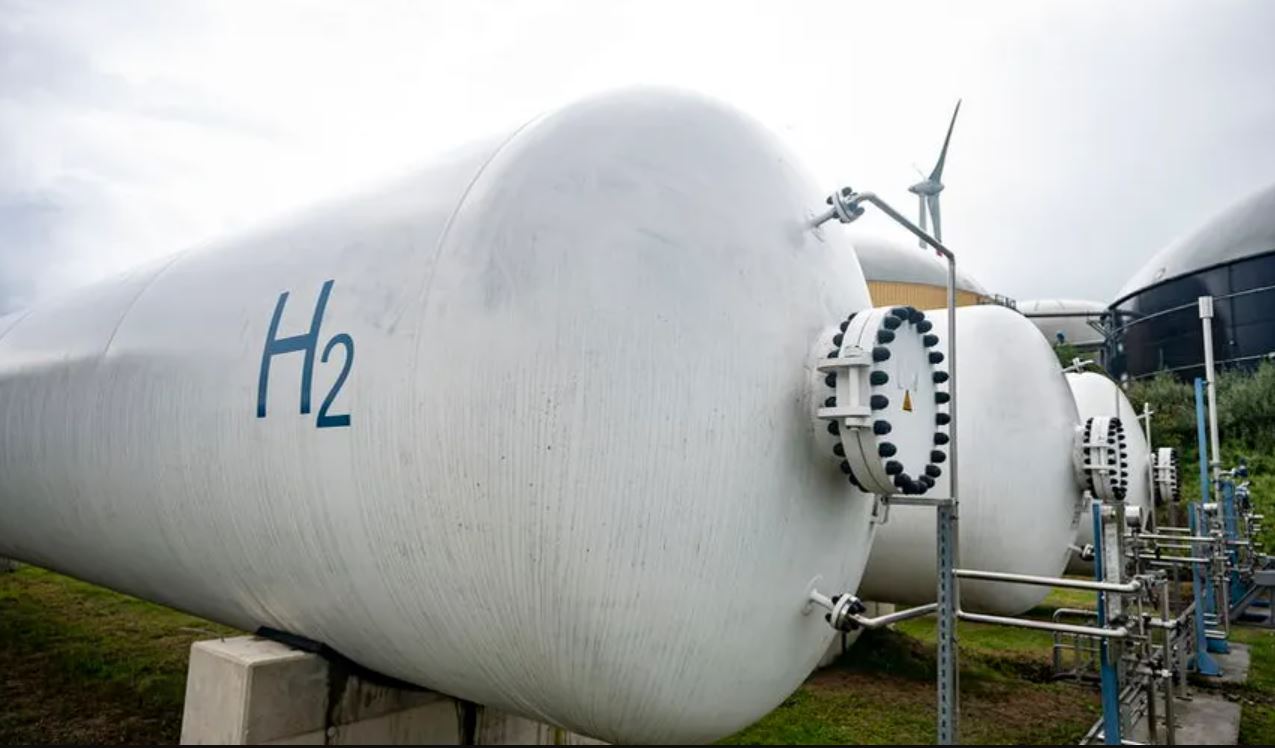 With the U.S. Department of Energy set to announce plans for $8 billion in funding for clean hydrogen hubs across the country, a new report finds that Houston, long considered the “Energy Capital of the World,” is well positioned to leverage Texas’ vast energy resources to become a global clean hydrogen hub.

These energy resources include existing hydrogen production facilities and pipelines along the Gulf Coast, a base of large, sophisticated industrial energy consumers, and renewable energy assets across the state.

Inspired by the unprecedented opportunity for Houston to lead the energy transition to a lowcarbon future, the report contains the most detailed assessment to date of the economic potential and environmental impact of clean hydrogen.

Clean hydrogen hubs are expected to emerge in regions where there is sufficient clean hydrogen supply and demand. Since the Houston region produces and consumes a third of the nation’s hydrogen and has more than 50 percent of the country’s dedicated hydrogen pipelines, the report provides a roadmap for how these assets can be utilized to accelerate a transition to clean hydrogen.

The report was created as part of the Greater Houston Partnership’s Houston Energy Transition Initiative, with input from more than 100 experts representing 70 companies and organizations along the hydrogen value chain. In addition, McKinsey and Company donated significant research and economic analyses for the report.

Among the findings in the study:

“This report gives additional weight to the already strong case that Houston is uniquely positioned to lead a transformational clean hydrogen hub with global impact,” said Houston Mayor Sylvester Turner. “We can also deliver economic growth, create jobs and cut emissions across Houston and the Gulf Coast, including in underserved communities.”

“The Houston region has the talent, expertise and infrastructure needed to lead the global energy transition to a low-carbon world. Clean hydrogen, alongside carbon capture, use, and storage are among the key technology areas where Houston is set up to succeed and can be an example to other leading energy economies around the world,” said Bobby Tudor, chair of the Greater Houston Partnership’s Houston Energy Transition Initiative.

The report describes a vision for how the hub could hit the ambitious cost targets proposed by the DOE in its recent Energy Earthshot initiative and meet strict emissions goals set out by Congress in the Bipartisan Infrastructure Law. The report discusses how achieving outcomes that support environmental justice, create good jobs, and incentivize US-based manufacturing are core to the vision of a successful clean hydrogen hub in the region.

"Using this roadmap as a guide and with Houston’s energy sector at the lead, we are ready to create a new clean hydrogen economy that will help fight climate change as it creates jobs and economic growth,” said Center for Houston’s Future CEO Brett Perlman. “We are more than ready, able and willing to take on these goals, as our record of overwhelming success in energy innovation and new market development shows.”

Impact of the Hub Across the Region and the State

“By working together now, government, industry and community leaders can make a significant impact at home and across the world that will be felt for years to come,” Perlman said.

Learn more about the Center for Houston's Future and its work in hydrogen as well as the Partnership and HETI.

Greentown Labs continues to show its support for fostering energy innovation in Houston as the city aims to lead the world’s energy transition. The climatetech startup incubator has launched the Texas Entrepreneurship Exchange for Energy (TEX-E) to support students in developing next-generation innovations. The collaborative initiative includes MIT’s Martin Trust Center for Entrepreneurship, a research and teaching center that provides expertise, support and connections to MIT students, and five Texas universities, including Rice University, the University of Houston, Texas A&amp;M University, Prairie View A&amp;M University and the University of Texas. “Houston has long been known as the energy capital of the world, but to lead the world’s energy transition, the city must create a strong, vibrant innovation ecosystem to support the next generation of entrepreneurs and energy companies,” said Lara Cottingham, Chief of Staff at Greentown Labs, in a press release.  Students participating in the program will have access to mentorship with Greentown Labs’ entrepreneurs, networking events, career opportunities and cross-learning with MIT. The initiative will help continue to pave the way for Houston to solidify its role as the leader of the global energy transition. “The TEX-E collaboration will provide valuable opportunities to our students, and Houston is a natural location to create such an ecosystem,” said Ramanan Krishnamoorti, vice president for energy and innovation at the University of Houston, in a press release. “Training new talent and supporting their pursuit of innovative ideas are vital in addressing the growing global need for affordable, reliable, and environmentally sustainable energy.” Greentown Houston experienced a successful first year, attracting more than 60 startups, including several that relocated from outside the U.S., proof that Houston is where Energy 2.0 companies want to be. From 2017 to 2021, venture capital funding in Houston’s energy space totaled more than $327 million. More than 4,700 energy-related firms are located within the Houston metro. “Boston and Houston might seem like an odd pairing, but they complement one another beautifully,” said Ben Soltoff, Ecosystem Builder and Entrepreneur in Residence at the Martin Trust Center for MIT Entrepreneurship. Despite Boston’s strong climate innovation ecosystem, startups looking to scale up “look towards Texas, where they can find talent, space, and industry knowhow in spades. Together, these two regions are unstoppable,” Soltoff said. TEX-E is also in line with the Partnership’s Houston Energy Transition Initiative, which aims to position Houston to lead the global energy transition to a more efficient and sustainable, low-carbon future, by deploying key strategies, including jumpstarting emerging technologies.
Read More