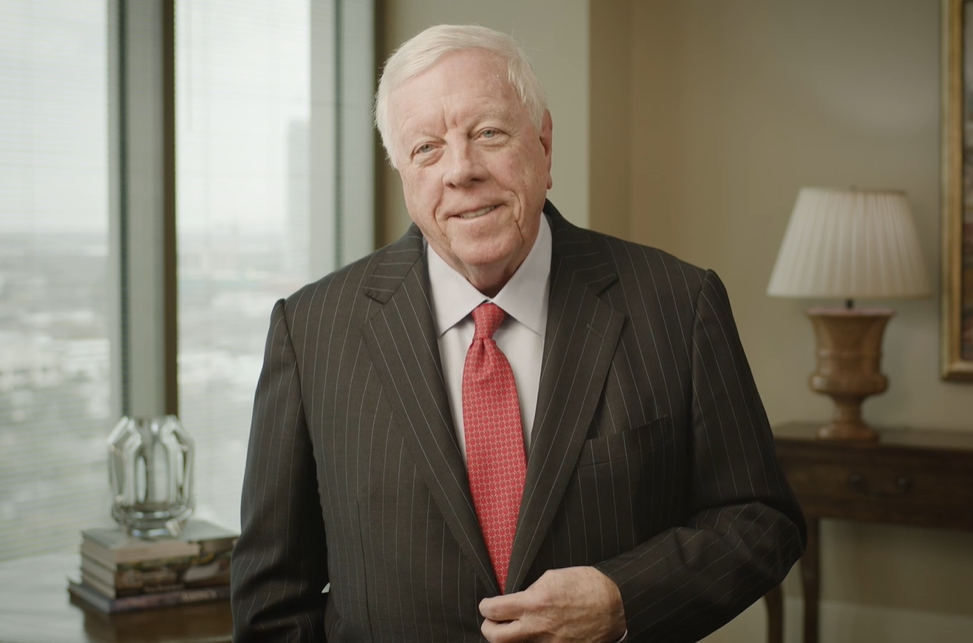 The McNair Award is the most prestigious award bestowed by the Partnership and honors a highly successful business leader who has also made outstanding civic and philanthropic contributions – advancing Houston as a leading global city with a great quality of life and opportunity for all. The award is named for Bob McNair, the esteemed Houston businessman and founding owner of the NFL Houston Texans.

Houston Texans President and Partnership Board Member Jamey Rootes presented the award to Kinder as part of the virtual event.

“Perhaps no other individual in recent memory has transformed the face of Houston like Rich Kinder,” Rootes said. “Rich and his wife Nancy have invested in some of the most notable, game changing projects that have improved the quality of life for all Houstonians, leaving an indelible mark for generations.”

Kinder co-founded the energy infrastructure company Kinder Morgan in 1997 and continues to serve as its Executive Chairman. Today, Kinder Morgan is one of the largest firms of its kind in the world and is on Fortune magazine’s World’s Most Admired Companies list. Kinder himself is a past recipient of Morningstar’s CEO of the Year Award.

Rich and Nancy formed the Kinder Foundation in 1997 to enrich the lives of people in the Greater Houston area through transformational grants that impact urban green space, education and quality of life. The Foundation has supported key programs in Houston such as Discovery Green in downtown Houston and the renowned Kinder Institute for Urban Research at Rice University.

The Kinders also made a transformational gift in 2013 to support the Houston Parks Board Bayou Greenways 2020 Project, which connected green spaces along Houston's bayous and created new parkland for all Houstonians to enjoy.

In 2015, the Foundation announced another major gift to the Museum of Fine Arts Houston to support the redevelopment of its 14-acre campus. The Nancy and Rich Kinder Building opened this past fall to high acclaim and has already transformed the visual landscape of the Museum District.
In 2018, the Kinder Foundation made a grant of $70 million to the Memorial Park Conservancy to accelerate the implementation of the visionary Memorial Park Master Plan. The first stage of that work wrapped up last fall with the opening of the incredible Eastern Glades.

“Time and time again, Rich Kinder has been there to lead the way in building a better Houston,” said Partnership President and CEO Bob Harvey. “Few Houstonians have had such a significant and lasting impact on our community and its future.”

In accepting the award, Kinder thanked the Partnership and discussed the impact of the Kinder Foundation he formed with his wife Nancy. “From the time we formed our foundation almost a quarter century ago, we had some clear objectives,” he said. “First, we decided to concentrate our efforts on the Houston metropolitan area. Second, we wanted to make it a rifle shot formation—in the sense that we would make gifts of a transformational nature in the areas of urban green space, education and quality of life. In doing that we were trying to realize our objective of making Houston a better place for all of its citizens to work and live.”

Kinder added that he hopes the foundation can continue to engage in the kind of transformational projects it’s helped realize so far and maintain its track record of success.

Greater Houston Partnership
The Greater Houston Partnership works to make Houston one of the best places to live, work and build a business. As the economic development organization for the Houston region, the Partnership champions growth across 12 counties by bringing together business and civic-minded leaders who are dedicated to the area’s long-term success. Representing 1,100 member organizations and approximately one-fifth of the region’s workforce, the Partnership is the place business leaders come together to make an impact. Learn more at Houston.org.