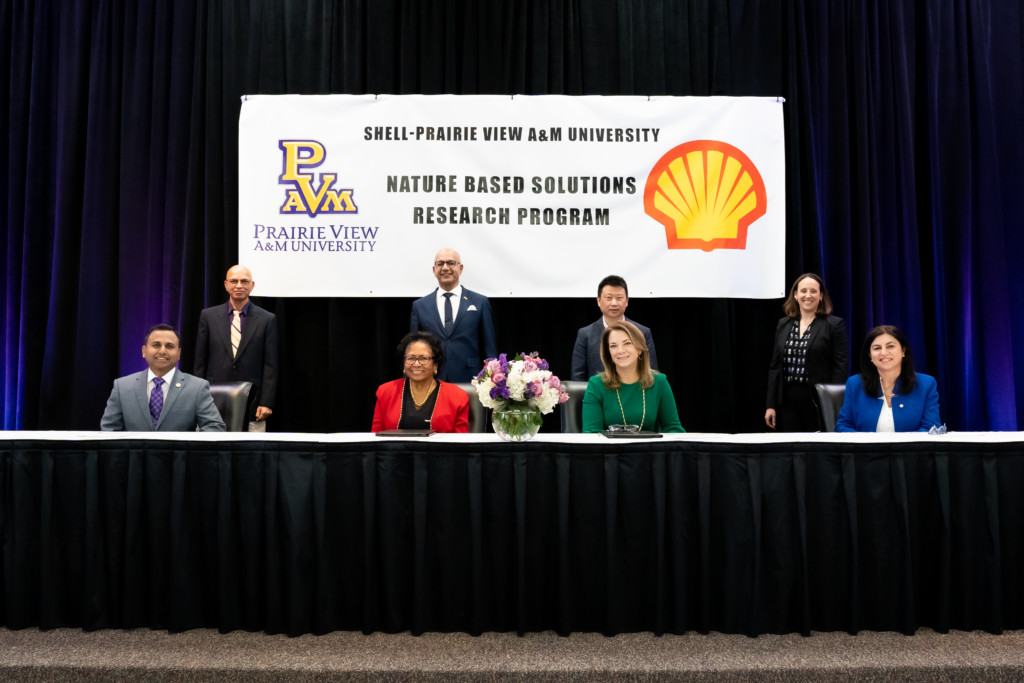 The five-year agreement will be headquartered in the university's College of Agriculture and Human Sciences. It includes building a new state-of-the-art greenhouse and other infrastructure on the campus research farm.

Economists and business leaders agree that the economic vitality and growth of  the metro region’s economy is inextricably tied to the energy industry. That’s why Houston is positioning itself as a leader in the global push toward a low-carbon energy future. Initiatives like the partnership between Prairie View A&M and Shell are critical to solving the challenge of carbon emissions.

“It [the partnership] demonstrates how crucial it is for academia and industry to collaborate. Cross-sector R&D collaboration promotes faster innovation and ideation by integrating expertise from diverse partners,” said Selda Gunsel, president of Shell Global Solutions.

The initiative is part of Shell’s nature-based solutions projects to protect, transform or restore land. It allows nature to absorb more CO2 emissions from the atmosphere.

Shell also contributed an additional $1 million to PVAMU to provide work experience opportunities to students, creating a pipeline for future talent for the region.

In its second year, the Future of Global Energy Conference showcases how the Partnership's Houston Energy Transition Initiative…