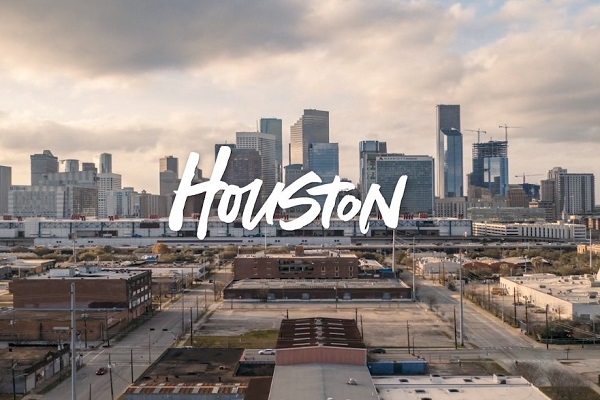 Houston innovation will make an appearance at this year’s South by Southwest (SXSW) Conference in Austin. For the second year in a row, the Greater Houston Partnership’s Houston House is preparing to showcase Houston leaders and companies accelerating the city’s thriving innovation ecosystem. From record-breaking venture capital activity to the energy transition, the Houston House line up will feature investors, startup founders and industry MVPs.

Home to the largest medical center in the world, Houston’s innovation in life-sciences is a global commitment. This year’s lineup will unite leaders to discuss medical device technologies and the breakthroughs in cell behavior and medicine. The panels MedTech Transforming Healthcare Industry and Accelerating Innovation in Biotech will feature some of the industry’s top talent, highlighting local advancements in biotech reaching the global community.

The Bayou City’s competitive tech ecosystem continues to empower the region’s innovation activity and grow the esports sector. The electronic sports phenomenon has earned a spot in this year’s conference with the panel Game Changers: The Rise of Sports Tech. Panelists will dive into the explosive growth of esports, including the opportunities for founders, investors and fans.

HOU to the Moon

Dubbed Space City, it’s clear Houston’s space exploration activity remains unrivaled on the national stage. The Houston House panel The Commercial Space Age Is Here will unite distinguished scientists from NASA and private space startups for an insightful discussion on how this cooperation is enabling the next frontier of space exploration.

Following the Partnership’s release of the Houston Energy Transition Initiative, the region’s clean energy innovation has reached new limits and set higher goals. Houston’s ability to transition to clean energy while addressing climate change will continue to position it as a city of the future while remaining the Energy Capital of the World.

This year’s lineup embraces Houston’s role in the global energy transition, powered by executives driving the solutions behind several of the world’s pressing issues. The panels Funding the Global Energy Transition, Dream Team: Corporates & Startups in ClimateTech, and Roadmap to an Equitable Energy Transition will bring together private and corporate investors to discuss the heightened importance of VC in the energy transition space, collaboration advancing low carbon solutions, regulatory deficiencies, and addressing economic inequities caused by climate change.

Diversity in the Innovation Ecosystem

Despite being a critical force in the U.S. economy, diverse entrepreneurs represent a major funding gap. Access to funding remains a tightly guarded gateway to success and it breaks down to a trillion-dollar missed opportunity in the VC space. Houston House’s panel Funding the Next Generation of Diverse Founders will assemble leaders and investors to discuss the key challenges facing diverse entrepreneurs today and the necessary ingredients in building an inclusive innovation ecosystem.

Houston House’s return to SXSW in person creates the ideal platform to promote Houston’s position as the most prominent emerging innovation hub in the country.

For over 100 years, Houston has been a global hub of energy activity. That tradition continues today, particularly as the world transitions toward lower carbon energy solutions. In 2021, HETI was launched to support Houston’s continued economic growth and prosperity through the transition to an energy-abundant, low-carbon world. HETI’s mission is to leverage the region’s energy leadership to accelerate global solutions for a low carbon energy future. Last week was an exciting one for the energy capital. The Partnership hosted visits from both the U.S. Secretary of Energy and the Queen of the Netherlands – both to talk clean energy and Houston’s leadership. Click to expand Jane Stricker, Secretary Jennifer Granholm and Bob Harvey On Thursday, September 8th, at Plumbers Local 68 in Houston, the U.S. Department of Energy announced its Enhanced Geothermal Shot Program, designed to reduce the cost of geothermal production by 90% to $45/KwH. The event included participation from several HETI members and friends, including Schlumberger, Houston Advanced Research Center, Fervo Energy, and Criterion Energy Partners. This announcement represents the fourth in a series of DoE’s Energy Earthshot programs.  It’s not surprising that Houston was the selected location for this announcement. The same technology that has been used for decades to extract oil and gas resources from the earth can also be leveraged to extract the earth’s heat – a renewable, natural, carbon-free resource that could generate up to five terawatts of clean power to support the world’s transition to low-carbon energy solutions. Enhanced geothermal energy depends upon the ability to drill to depths of at least 4000ft to access the natural heat within the earth. Where else in the world can you find the talent, experience, and know-how to develop solutions to meet the geothermal challenge than Houston? Later that day, Secretary of Energy, Jennifer Granholm, and Assistant Secretary of Fossil Energy and Carbon Management, Brad Crabtree, met with several of Houston’s energy industry leaders at the Greater Houston Partnership to discuss opportunities associated with enhanced geothermal energy development. Click to expand Queen Máxima of the Netherlands On Friday, the Greater Houston Partnership had the opportunity to host a delegation from the Netherlands, including, to discuss the strong economic partnership that exists between the Netherlands and Texas, particularly with respect to energy and ports. During an open dialogue between Houston and Netherlands port and energy leadership, the two regions explored opportunities to support each other in developing energy-abundant, low carbon solutions, including clean hydrogen. Earlier this year, the Center for Houston’s Future published a report detailing how Houston could become a hub of clean hydrogen production and export for the region.   Learn more about all the ways Houston is leading the world toward an energy-abundant, low-carbon future. If you have a story that demonstrates Houston’s leadership in the energy transition, we want to tell it, so email us at HETImedia@houston.org.
Read More

Greater Houston is one of the most attractive destinations to relocate or expand a business. The Why Houston webinar series features executives and company decision makers and our area's economic…