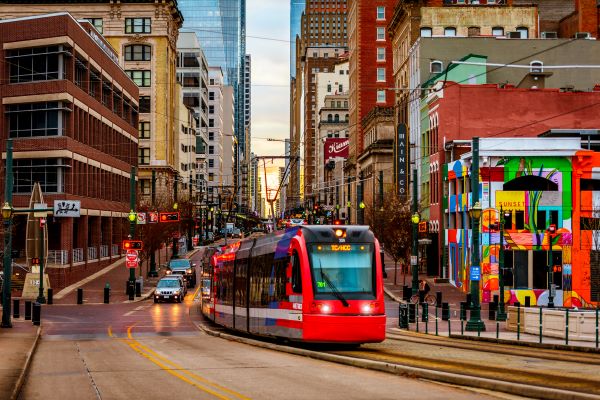 The need to help individuals be prepared for good jobs in a changing and dynamic regional economy is more urgent than ever. Today's workers must also be resilient and adaptable to the shocks that come with working in a competitive, global economy.

Last year, unemployment in the greater Houston region topped 360,000 people at its peak, driving up the demand for effective career coaching and guidance by nonprofit organizations serving under- and unemployed individuals. Though the labor market has improved, an estimated gap of 250,000 jobs remains and full recovery may be up to three years away.

In addition, students graduating high school and college during the recovery will encounter a soft labor market, just as graduates did in the wake of the Great Recession. Effective career counseling and coaching will assist students in identifying the education and workforce programs that are pathways to good jobs in the Houston region.

UpSkill Houston has secured grant funding from Texas Mutual Insurance Company to assist in creating a community of practice to strengthen the capacity and skills of these coaches whose work is critical to helping individuals succeed in the workforce. The Partnership’s UpSkill Houston initiative will use this financial support to equip career coaches, counselors and educators with information and tools to help displaced workers, job seekers and the region’s students navigate good career pathways and transitions.

Texas Mutual is supporting the Houston region with a total of $385,000 in grants to UpSkill Houston, United Way of Greater Houston through its THRIVE program and BakerRipley Community Developers to support programs and initiatives that help individuals develop career skills and address other workforce issues. UpSkill Houston works with United Way THRIVE partners and BakerRipley to provide financial literacy education, workforce training and critical supports to the region’s asset limited income constrained employed (ALICE) population and other individuals and families in need.

"Supporting and strengthening Houston's workforce, as Texas Mutual has done, is vital to lifting up the entire city as it continues to grapple with the economic effects of the coronavirus pandemic," said Peter Beard, Partnership senior vice president of regional workforce development and leader of UpSkill Houston. "This grant to UpSkill Houston will help individuals looking for work have access to the tools and coaching needed to navigate and attain job stability."

Texas Mutual, a leading provider of workers’ compensation in the state, has been an UpSkill Houston partner since 2018 and has demonstrated its commitment to workforce development efforts by funding relevant organizations. These grants are among the nearly $2.9 million Texas Mutual has distributed to community organizations across the state.

"We have a deep commitment to building a stronger, safer Texas, and through our partnerships with organizations across the state, we’re able to deliver on that commitment," said Jeremiah Bentley, vice president of marketing and community affairs at Texas Mutual. “These grants help us maintain our mission while, more importantly, assisting people who need it the most. Helping individuals develop career skills and addressing other workforce issues—from child care to food access—is something that Texas Mutual knows is an important part of being good corporate citizens."

UpSkill Houston is the Partnership’s nationally recognized, employer-led initiative that mobilizes the collective action of employers, educators and community-based leaders to strengthen the talent pipeline the region’s employers need to grow their businesses and to help all Houstonians develop relevant skills and connect to good careers that increase their economic opportunity and mobility. Learn more and get involved.

The Apprenticeship: An Underutilized Tool for Employers in an Uncertain World

State lawmakers have handed business and industry leaders a future-focused win. By aligning the work of the stateâs three major education and workforce bodies, Texas and Texans are now set up for better workforce development outcomes and long-term economic success.Â  In signing the Texas Education and Workforce Alignment Act in June, building upon the Tri-Agency Workforce Initiative, Gov. Greg Abbott has formalized existing cooperative efforts between the Texas Education Agency (TEA), Texas Higher Education Coordinating Board (THECB), and Texas Workforce Commission (TWC) to develop a robust, accurate, and timely labor market infrastructure that supports planning, improves performance, and assists individuals and employers with navigating the changing nature of work.Â  This boon to employers, educators, and workforce development practitioners across the state â and by extension, students and job seekers â comes amid an uneven recovery from the economic crisis driven by the COVID-19 pandemic and the acceleration of a fundamental shift toward technology-enabled, innovation-based economies already underway in Houston and across Texas. Creating a formal, coordinated infrastructure will optimize resources and drive performance across TEA, THECB, and TWC. It will provide a framework for establishing state workforce development goals developed in consultation with employers, including employment targets for jobs that pay a self-sufficient wage for all career education and training programs within the state, as well as the capabilities to measure and improve them. It will also support the development of a unified workforce data repository with publicly available resources and tools to identify and analyze key education and workforce movement and trends. The established structure makes employer insights into current and projected demand for specific roles and job types â along with specific skills and skills areas they will need workers to have â central to the development of workforce goals. Education systems and training providers in greater Houston and across the state will be able to use aggregated industry data to align their programs with real and real-time workforce needs to ensure program participants can earn the right industry certification and credentials and develop relevant essential (soft), digital, and technical skills.Â  The initiative will also collect data marking the progress toward accomplishing established workforce development goals disaggregated by public schools and higher education campuses, workforce regions and counties. Education systems, training providers and others will be able to use this data to identify effective programs and learn best practices.Â  These provisions will help educators and workforce development practitioners build a workforce Texas and its regional economies needed to grow and compete globally. In turn, this will ensure individual prosperity and economic mobility.Â  Companion bills to formalize the Tri-Agency Workforce Initiative were introduced by Houston-based Republicans State Sen. Paul Bettencourt and State Rep. Jim Murphy and moved through their respective chambers during the 87th Legislative Session with strong bi-partisan support. This legislation builds upon workforce development efforts made in 2019 to increase collaboration between business, higher education and government. This effort heightened awareness of the vital role of business leaders and employers have in the workforce development conversation and in building skilled talent fit for the future. UpSkill Houston is the Partnershipâs nationally recognized, employer-led initiative that mobilizes the collective action of employers, educators and community-based leaders to strengthen the talent pipeline of skilled workers employers need and to create better pathways to opportunity and prosperity for all Houstonians. Learn how. Â
Read More