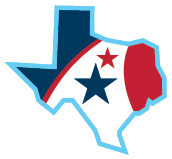 Future of Texas features elected officials shaping Texas' future, giving Partnership members the opportunity to engage with these leaders and hear their perspectives on our state's most pressing issues. This program is open to all members focused on public work.

How you can benefit from Future of Texas

"Becoming a member of the Partnership was one of the best professional decisions I’ve made as a CEO. Even though I’m leading a nonprofit, the ability to cross-pollinate with organizations in various industries is extremely helpful. Interacting and benefiting from the thought leadership in the business community has shown me that they are really tackling the same issues we are facing."

“Greater Houston Partnership, thank you for continuing to be a great resource for information. Very proud to be a member of this organization that so well represents Houston, it's businesses and people.”

“As a lifelong Houstonian, I am particularly pleased to be a part of the Partnership and the great work they do for economic growth and development in the City of Houston and surrounding communities.”

"With one of the largest databases of members, [the Partnership] is a wonderful networking resource for me."

Learn more about the 86th Legislative Session and more via these resources.

Stay up to date on what's happening during session via the Texas Tribune online publication.

Ready to become a part of the Future of Texas program?

Help us advance Houston together 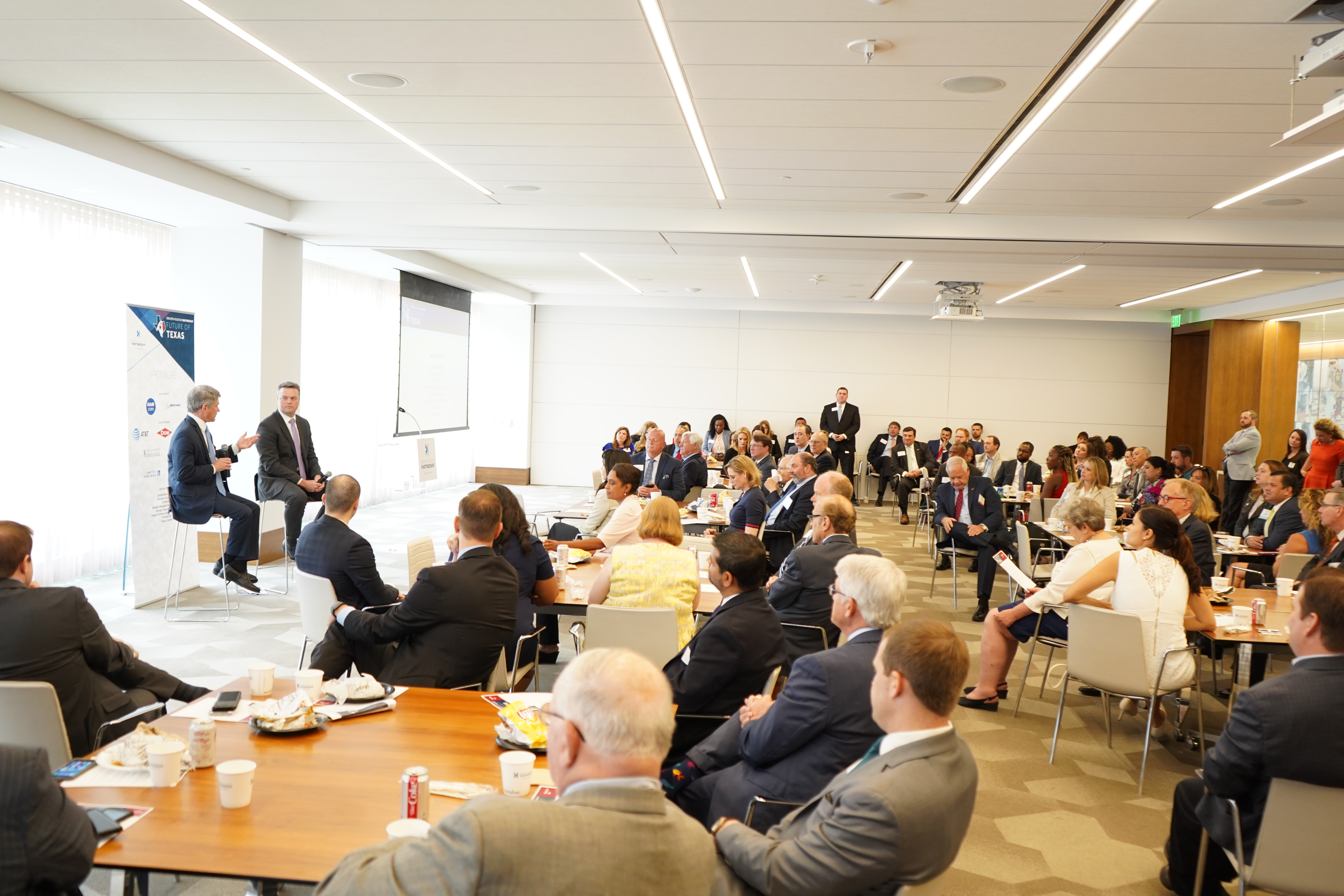 HOUSTON (February 2, 2023) –The Greater Houston Partnership presented the 2023 Robert C. McNair Civic Leadership Award to philanthropic leaders the Chao family at the organization’s Annual Meeting on Thursday.  This is the first time that the award was presented not to an individual but to a family whose members exemplify the great power that lies in civic and philanthropic leadership—and have built a legacy that transcends borders.  Ting Tsung Chao, known to many as "T.T.," had a revered 60-year career in which he founded numerous successful petrochemical and materials companies across the globe—including Houston-based Westlake – formerly known as Westlake Chemical Corporation.  Born to humble beginnings in Suzhou, China, T.T. found his entrepreneurial penchant after he moved his family to Taiwan in the 1940s. Less than a decade later, T.T. co-founded the country’s first PVC business and would go on to form the China General Plastics Corporation Group, which at the time was among the top 10 companies in Taiwan and number two in the petrochemical industry. While growing his business – T.T. and his wife, Wei Fong, had three children – Dorothy, James, and Albert– all of whom play a significant part in this family’s inspiring story and are paving paths of their own.  In the mid-80s, T.T.’s business acumen pointed him towards Houston. T.T. and his sons, Albert and James, founded Westlake Chemical Corporation, which started with a modest plant in neighboring Louisiana.  Today, listed on the New York Stock Exchange, Westlake operates 100 sites globally with approximately 16,000 employees, maintains a position on the Fortune 500 list and is approaching its fortieth anniversary.  “Known for both volunteerism and generous gifts that have changed the face of our city, the Chao’s show us that generational impact is a rewarding result of long-term community commitment,” said Partnership 2020 Chair Bobby Tudor in presenting the award to the Chao family.  Today, T.T.’s children are carrying on his legacy in notable fashion through continued business leadership with Westlake Corporation and philanthropy through the Ting Tsung and Wei Fong Chao Foundation, with a particular emphasis on supporting organizations working to expand health care and education.  Notable gifts from the Foundation include the establishment of the Chao Center for Asian Studies at Rice University, in honor of their parents, T.T. and Wei Fong Chao, to highlight the importance of Asian studies at American universities.  James, the eldest son, is Chairman of Westlake’s Board of Directors. Dorothy serves as a Director of Westlake’s Board, a position she’s held for twenty years. And Albert serves as Westlake’s President and Chief Executive Officer. Under his and James’ leadership, Westlake continues to grow and innovate, constantly evolving to adapt to an ever-changing business climate.  Albert, and with his wife Anne, are steadfast supporters of many of Houston’s cultural and civic organizations.  “As first-generation immigrants to receive this esteemed award, we see this as a reflection of Houston’s rich multicultural society. And it provides encouragement to other business and civic leaders to do their part to contribute to the benefit and welfare of the greater community of Houston,” said Albert Chao in accepting the award. “Over the last 30 years, it has been our pleasure and honor to serve on the boards of various Houston organizations, which have been our partners in how we have tried to give back to the city we have made our home.”  Established in 2020, the McNair Award is presented by the Greater Houston Partnership annually business leaders who have made an outsized impact on our community — through civic and philanthropic leadership – honoring the lifelong legacy imparted by the award’s namesake, Bob McNair.  ###         Greater Houston Partnership  The Greater Houston Partnership works to make Houston one of the best places to live, work and build a business. As the economic development organization for the region, the Partnership champions growth across 12 counties by bringing together business and civic-minded leaders who are dedicated to the area’s long-term success. Representing more than 950 member organizations and approximately one-fifth of the region’s workforce, the Partnership is the place companies come together to make an impact. Learn more at Houston.org. CONTACT: Brina Morales                                                 Senior Manager, Media Relations     bmorales@houston.org           (c) 832-287-5089             A.J. Mistretta Vice President, Communications amistretta@houston.org (c) 504-450-3516
Read More

Take the next step in your member experience by looking in-depth at the many ways to engage with the Greater Houston Partnership at Membership 101. Membership 101 is perfect for new members and those who want a…