Metro Houston added 5,300 jobs in August, according to the latest date released by the Texas Workforce Commission. In a booming economy, Houston might add 10,000 to 15,000 jobs in August. In a weak economy, between 3,000 and 5,000.
Local employment received a boost in August as federal payrolls surged by 4,300 workers, all temporary hires to work on the 2020 Census. If not for this surge in federal hiring, job growth would have been flat.

Mining and logging (i.e., energy) cut 500 jobs in August. Low oil prices, weak demand, and the collapse in drilling activity has forced the industry to restructure. The sector has lost 15,300 jobs, one in every five, since the beginning of the pandemic.

Manufacturing shed another 1,500 jobs in August and remains 17,700 below February levels. Nearly all of the losses can be attributed to the downturn in oil and gas.

Transportation, warehousing and utilities, also benefitting from the reopening of the economy, added 700 jobs in August. However, if Washington doesn’t offer this sector some form of financial assistance, airlines could follow through on their plans to lay off thousands of workers in the coming months.

Financial activities added 100 jobs, which is essentially flat for the sector. The finance and insurance subsector added 400 jobs while real estate, rentals and leasing cut 300. The latter losses likely stem from a drop in the rental of equipment by firms in the energy and construction industries.
Professional, scientific and technical services added 2,100 jobs. The sector lends itself to working remotely, so losses were minimal during the height of the pandemic. This will be among the first sectors to return to pre-COVID employment levels.

Educational services, which includes private education, tutoring and testing services, added 800 jobs in August. Many private schools reopened in August, thus boosting employment in the sector.
Health care and social assistance cut 5,300 jobs in August. The sector had healthy gains in May, June and July, so it’s unclear what caused the sudden reversal. A possible explanation for this could be additional daycare closures.

Arts, entertainment and recreation lost another 1,100 jobs. The losses were expected. The sector typically loses 500 to 1,200 jobs in August as the vacation season ends, summer camps shut down, and families shift their focus from outdoor activities to school.

Accommodations added 100 jobs, which is more likely a rounding error in TWC’s estimates and not actual job growth.

Food services and drinking places (restaurants and bars) added 1,200 jobs, the sector benefitting from a combination of the governor’s gradual reopening of the state’s economy and consumers growing more comfortable with dining out. Under Governor Abbot’s most recent executive order, bars remain closed; as a result, all of the growth came from food services.

The government sector added 300 jobs in August. This small gain would have been a significant loss if not for the previously noted hiring of temporary employees to assist with the census. These jobs will disappear over the next three months. However, the pending loss will be more than offset by an increase in public education jobs as school districts and colleges ramp up for the fall semester.

As of mid-August, Houston has recovered one-third of the jobs lost during the pandemic. Several sectors are well on their way to recovery. Retail, finance, professional/scientific/technical services and administrative support services have recouped 60 percent or more of the jobs initially lost.
For others, the recovery has been slow to materialize. Wholesale trade, transportation, real estate, educational services, and hotels have recouped less than 20 percent of their losses.
A handful of sectors continue to lose jobs. This includes oil and gas, information, and manufacturing. The losses in government are seasonal and will be recouped in the fall. 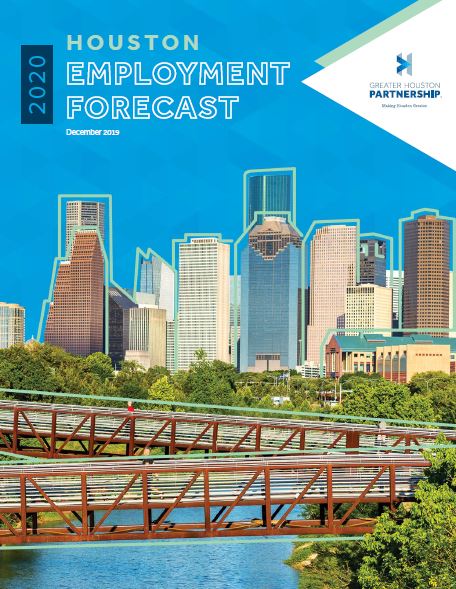