The spot price for West Texas Intermediate (WTI), the U.S. benchmark for light, sweet crude, averaged $103.21 per barrel in July ’22, a slight dip from $114.90 in June, according to the U.S. Energy Information Administration (EIA).

EIA cautions that Russia’s invasion of Ukraine, sanctions on Russia’s oil production, the production decisions of OPEC+, the rate at which U.S. oil and natural gas production rises, and weaker economic growth could result in lower-than-forecast energy consumption. 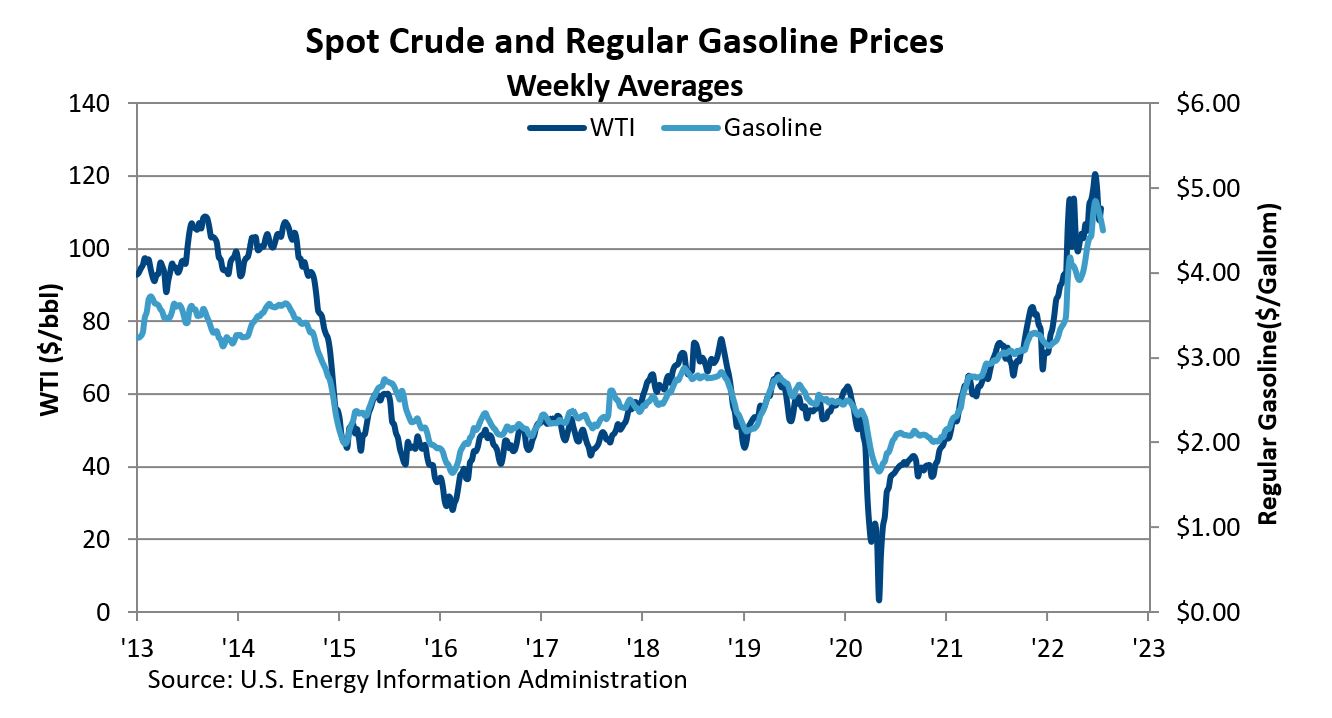 Regular gasoline prices on the U.S. Gulf Coast averaged $3.55 per gallon the first week of August, down from $4.63 the second week of June, the most recent peak. Higher refinery utilization rates, growing inventories, and weaker demand will result in gasoline prices trending down through the end of the year.

Closing price for a barrel of WTI in July '22