Sales and Use Tax Collections 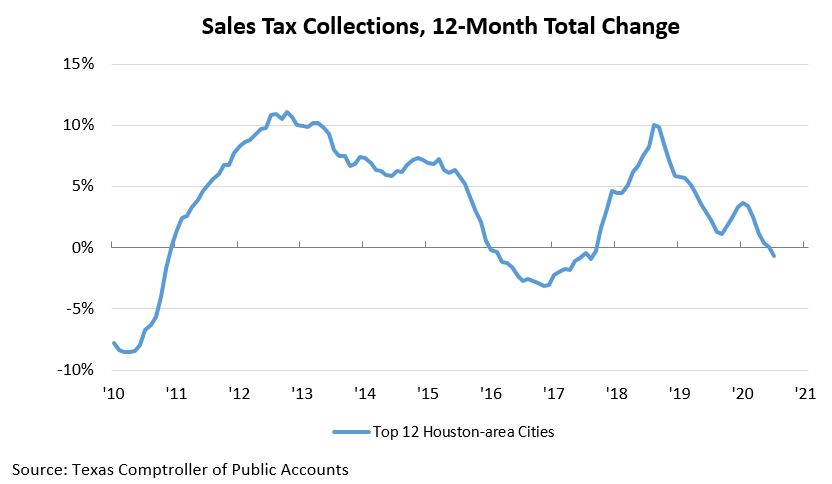 Sales tax collections for the City of Houston fell 7.4 percent from July ’19 to July ’20. Only two of the top 12 most populous cities in the Houston region recorded gains in collections during that period, and only League City reported double-digit increases. Galveston, La Porte, and Texas City had double-digit decreases. Sales tax collections increased 24.4 percent in League City from July ’19 to July ’20. League City voters supported Proposition C in June ’19 to raise the sales tax rate, which took effect October ’19. The ¼ cent increase led to higher collections. The city has indicated that despite the increase in collections from last year, revenue is still lower than budgeted. 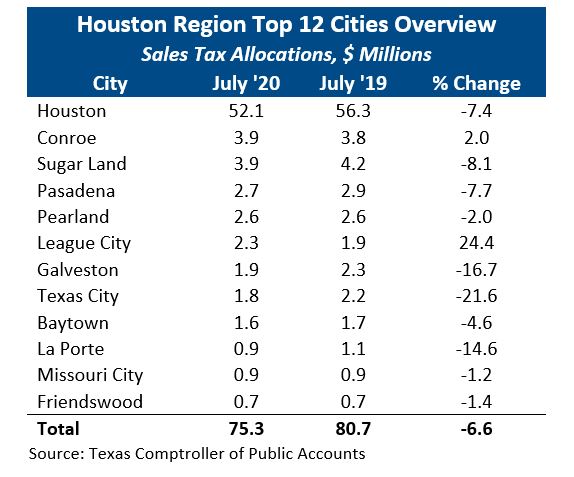 About the Sales and Use Tax

The Texas Comptroller releases allocated payments from the sales and use tax monthly. There is a two month delay between when the tax is collected and allocated.

[1] The 12 most populous cities in the region are Houston, Pasadena, Pearland, League City, Sugar Land, Conroe, Baytown, Missouri City, Galveston, Texas City, Friendswood and La Porte. As a group, they represent 80.0 percent of all sales tax collections in the region. The other 102 smaller cities account for the remaining 20 percent.