Metro Houston’s unemployment rate nudged up to 4.3 percent in May, a nominal increase from the 4.1 percent registered in April, according to the Texas Workforce Commission (TWC). The rate has declined steadily since peaking at 13.3 percent in April ’20.

Houston’s rate is marginally above that of Texas (3.8 percent) and the nation (3.4 percent). Note: The rates are not seasonally adjusted. 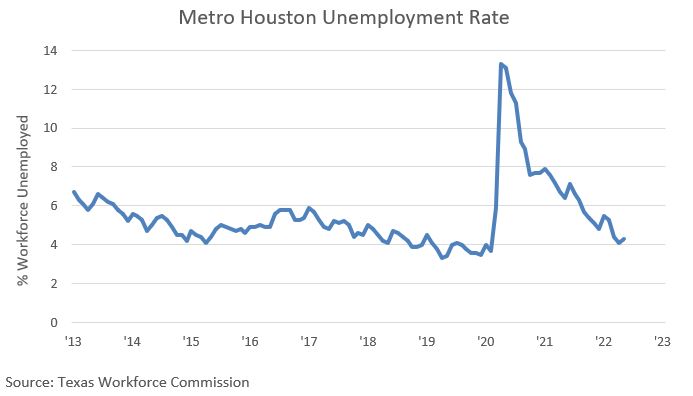 The bump in unemployment reflects growth in the labor force, not an increase in layoffs. The job market in Houston has improved considerably since the early stages of the pandemic, the region creating over 185,000 jobs in the 12 months ending May ’22.  Workers who waited on the sidelines for the economy to improve are re-entering the job market and residents from other metros are moving Houston to find work. Those actions have contributed to growth in the local workforce. Houston’s civilian workforce is larger now than it was prior to the pandemic. It’s the increase in the pool of residents looking for work, not a jump in layoffs, that has nudged up the unemployment rate. 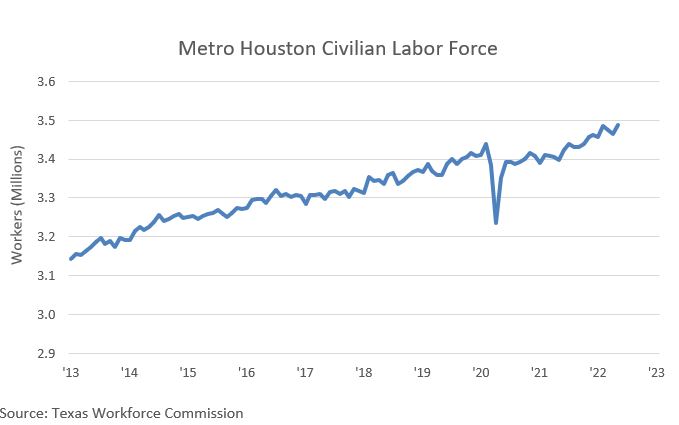 Among cities in the metro area for which TWC publishes rates, Sugar Land had the lowest level of unemployment, Baytown the highest.

As of mid-June, the most current unemployment data available for U.S. metros was for April ’22. That month, Houston’s rate was 4.1 percent. Of the nation’s 389 metros, 300 had lower unemployment rates, 11 had comparable rates, and 78 had higher rates. Metro Mankato, MN and Metro Rochester, MN had the lowest rates at 1.3 percent. Yuma, AZ had the highest rate at 13.1 percent. 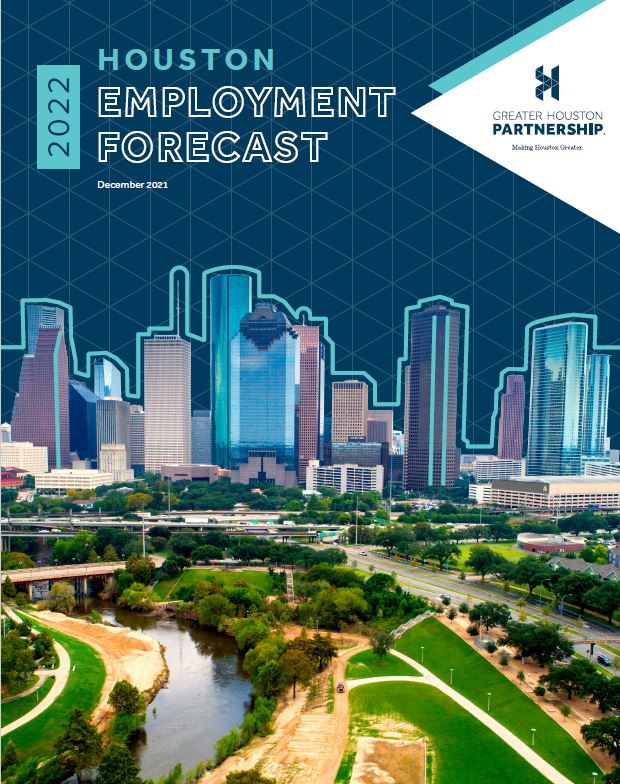 Metro Houston’s unemployment rate nudged up to 4.3 percent in May '22