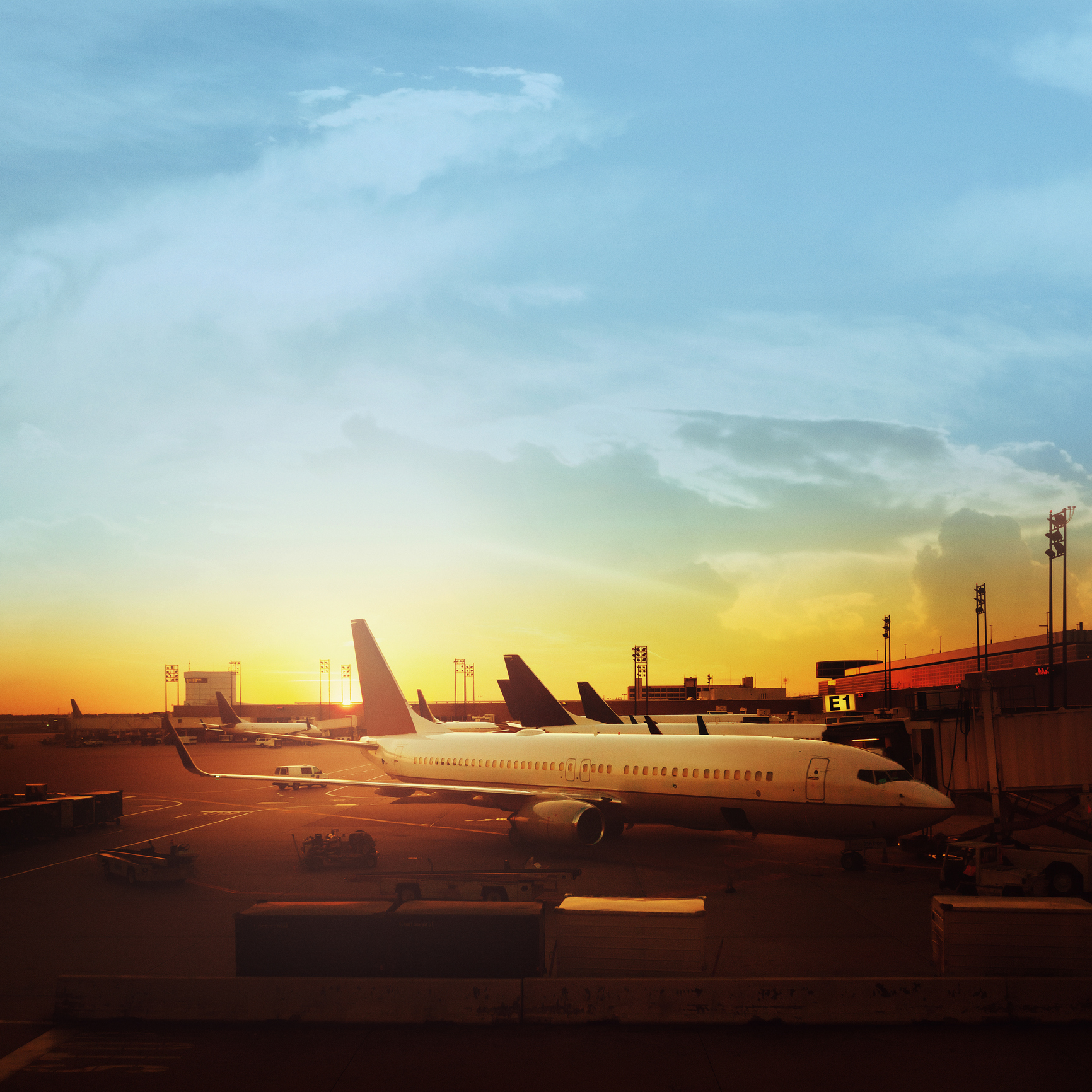 The Houston Airport System logged record passenger traffic in 2018 and celebrated the 50th anniversary of Bush Intercontinental Airport this year. Meanwhile work has begun on the new Mickey Leland International Terminal that’s expected to open at Bush in 2022.

Houston Airport System Executive Director Mario Diaz gave an update on the system’s three airports and discussed the future of aviation here in Houston and around the world in his 2019 State of the Airports address this week. The event was hosted by the Greater Houston Partnership.

“The future of aviation and travel is filled with infinite possibility,” Diaz told the crowd of more than 400. “We are on the cusp of not only the next generation of flight, but also the next frontier of exploration.”

A record 14.4 million passengers traveled through Hobby in 2018, up nearly 8% from the year before. International traffic alone was up 16% year-over-year to surpass the 1 million mark.

Passenger traffic at Bush was also up nearly 8% to 43.8 million travelers. Roughly 10.7 million of that total were international travelers. Diaz said he expects that international figure will continue to go up with the arrival of the much-anticipated new international terminal. When it opens in 2022, the terminal will have six new gates to accommodate wide-body aircraft. Today, roughly two-dozen domestic and foreign flag carriers fly to international destinations out of Bush.

In just a few days, Houston will once again offer flights to all six of the planet’s inhabited continents. Ethiopian Airlines will fly its inaugural flight to Bush on December 16, marking the relaunch of weekly service between Houston and West Africa.

“This service will not only be important for our nation’s largest Nigerian community—which lives in Houston—but also to the diverse businesses community that has demanded access to West Africa for years,” Diaz said.

Turning south to Ellington Airport, Diaz said a new state-of-the-art traffic control tower will be vital to future military and civilian aviation missions as well as the Houston Spaceport being developed there. Earlier this year, officials announced that the Spaceport secured an anchor tenant for its first phase. Flight Safety International will build a $16 million, 150,000-square-foot aviation and aerospace training facility that’s expected to create hundreds of new jobs.

Houston’s airports are vital to the region’s economic success and have been for decades. In his opening remarks, Partnership President and CEO Bob Harvey pointed out that some companies expand to Houston because of its global air connections. “Houston’s connections facilitate trade, and that trade attracts more companies and foreign investment,” Harvey said. “In turn, airlines expand their non-stop service to Houston and that cycle continues.”

A recent study shows Houston’s airports contribute more than $36 billion to the local economy annually. That figure will certainly continue to grow as Houston becomes more interconnected with the rest of the world. In just 20 years, there are expected to be more than 8 billion air travelers, a figure that exceeds the entire current population of the world.

"Imagine that: a world where global prosperity is no longer hindered by air connectivity," Diaz told the audience. "Air travel, at it's best, will become a careful and deliberate orchestra--one that will continue to change and shrink the world"

The Greater Houston Partnership hosted Her Majesty Queen Máxima of the Netherlands on Friday, September 9, as part of a Dutch working visit to Texas.   This event was organized jointly with the Embassy of the Kingdom of the Netherlands to the U.S. and focused on the economic ties and shared societal challenges between the Netherlands and Houston. Her Majesty was accompanied by a delegation of CEOs and Ministers from the Kingdom of the Netherlands. The Netherlands and the United States maintain a long-standing partnership that has created jobs, investments, and opportunities for both nations. When examining U.S. trading partnerships on a global scale, the Netherlands is the trading partner with which the United States has the largest trading surplus.  In 2021, Dutch-U.S. economic ties supported an estimated 955,000 American jobs, (an 11% increase from 2020) and an estimated 106,000 of those jobs were based in Texas (a 24% increase). The Netherlands remains one of Houston’s key strategic trade and investment partners. Trade between our regions was valued at $13.8 billion in 2021, a ten-year high, and Dutch businesses support more jobs in Texas than in any other state in the nation.    “Visits like today’s with Her Majesty Queen Maxima and her business delegation from the Netherlands present an incredibly unique opportunity to exchange views, share experiences, and identify opportunities for further strengthening collaboration with our international partners,” said Partnership President and CEO Bob Harvey. “As established global energy centers and port hubs, there is an abundance of opportunities for Houston and the Netherlands to engage on issues like climate change, resiliency, technology, and more.” An impressive group of over 150 business executives and governmental leaders from both regions participated in Friday’s events. At the conclusion of the CEO Roundtable an official memorandum of understanding was signed in the presence of Her Majesty outlining the strong commitment to the bilateral relationship between The Netherlands and Houston in the areas discussed. The MOU was signed Bob Harvey, President and CEO of the Greater Houston Partnership and Ingrid Thijssen, President of VNO-NCW –the largest employers organization in the Netherlands.    Learn more about Houston's international business and trade relationships.
Read More

HOUSTON (June 27, 2022) - The City of Houston and the Greater Houston Partnership are leading a trade and investment mission to Paris, France this week.  The mission will focus on promoting Houston as a leader in innovation, energy transition, and education while enhancing key government and business relationships between the Houston region and Paris.  Targeted business sectors include energy and innovation with ties in Houston and France. The delegation has several scheduled meetings with high-level government officials and representatives.  The Houston-Galveston Customs District is the fourth busiest gateway for U.S.-French trade, and France is Houston's sixth-largest European trading partner. From 2012 to 2021, trade between Houston and France averaged $4.2 billion annually and was valued at $5.5 billion in '21. "Our priority is to build a more robust trade relationship between Houston and France, and this trip is an essential mission to enrich Houston's ties with France and explore new business opportunities that will enhance our local economy with jobs and investments," Mayor Sylvester Turner said. "As a city of innovation, we value France - based businesses with established operations in our city and welcome others to explore the opportunities for investment, business development and tourism available in Houston. Our delegation will expand on Houston's global city status that makes Houston strong and unique." Mayor Sylvester Turner, who was scheduled to lead the delegation, will remain in Houston to attend to a personal matter. Vice Mayor Pro-Tem Martha Castex Tatum, who chairs the City Council Economic Development Committee, will handle business meetings and cultural events scheduled during the weeklong mission. "I am excited about the opportunity to represent Houston in Paris officially. The mission will put Houston in the international spotlight, capturing our city's role as a leader in innovation, aerospace, energy transition, and education. When we position ourselves to build international business ties, the entire city can potentially benefit through jobs and growth in our economy," said Vice Mayor Pro-Tem Castex Tatum. On Monday, the delegation joined Valerie Baraban, the Consul General of France in Houston, on a tour of the Musée d'Orsay. The museum's leadership visited Houston in 2019 to build local relationships. The delegation also attended a Bilateral Business Trade and Investment Forum with the Paris Chamber of Commerce. They spoke about Houston leading in startup ecosystems throughout the energy and medical sectors. The first day of the trade mission will end with a meeting with the Deputy Chief of Mission at the U.S. Embassy to discuss energy, technology and trade between Houston and Paris. "As Houston works to lead the global transition to an energy-abundant, low-carbon future, the exchange of ideas and information with innovative cities around the world is critical," said Susan Davenport, Chief Economic Development Officer at the Greater Houston Partnership. "We are excited to lead a business delegation alongside the City of Houston that will get the opportunity to see first-hand what is happening in energy and innovation with organizations in Paris. As the leading export market in the U.S. and a major hub for foreign direct investment, international business is a significant and growing part of our economy, and we look forward to productive meetings that we hope will spur further investment and trade activity for our region."  Houston's Business Ties with France  Twenty-five Houston firms operate 46 subsidiary locations in France, including Baker Hughes, Hines, Huntsman, NOV, and Schlumberger. Sixty-three French firms operate 112 subsidiaries in the Houston area, including Air Liquide, Arkema, EDF Trading North America, Engie North America, and Total Petrochemicals &amp; Refining. Trade and cultural relationships with France are facilitated in Houston through the Consulate General of France, the French American Chamber of Commerce, the French Trade Commission (UBIFRANCE), the French Alliance, and the Texan French Alliance for the Arts. Three of Houston's 16 foreign-owned banks are from France: Credit Agricole Corporate and Investment Bank, Natixis, and Société Générale. Nice, France, was designated as one of Houston's 19 international sister cities in 1973, More than 3,100 people living in metro Houston were born in France. The delegation also has scheduled a tour of Interstellar Labs, a visit to Station F, the world's largest startup campus, a meeting with Total Energies, and will attend the opening of Rice University's first international campus, the Rice University Paris Center, with Rice President David Leebron and Provost Reginald DesRoches, who will become Rice's president in July. The  delegation includes City Council Member Karla Cisneros, Pierre Bang, President and CEO, Total Energies, Jean-Loup Chrétien, retired astronaut and Tietronix Vice President of Research and Development, Alex Condon, CEO, Galen Data and Scott Gale of Halliburton, among others. Learn more about Houston's international business ties.
Read More

State of the Airports

Houston Airports is one of North America's largest and busiest multi-airport systems in the world and plays an important role in the greater Houston region's position as a great global city.  State of the…