About
/
Board of Directors
/
Elizabeth Killinger 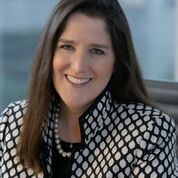 Elizabeth Killinger has over 30 years of domestic and international experience in the energy and services industries. She currently works as a Section 16 Officer and Executive Vice President of NRG, which includes serving as President of NRG Home and Reliant. In her role, Elizabeth is responsible for $9 billion in revenues, which includes the largest national competitive residential electricity business and the 3rd largest competitive residential natural gas business in the country. NRG's Home business which includes Reliant, provides innovative energy products and solutions to nearly 6 million homes and businesses. Having played a key role in the company's transition to competitive electricity markets with customer service at its core, her vision of the "Era of Personal Power" has led NRG to introduce new innovative products that push the energy industry into the future and provide consumers insights, choices and convenient ways to power their lives at home and on the go. Under Elizabeth’s leadership, NRG has grown its retail earnings and customer base consistently since 2013.

Elizabeth spent the first decade of her career in oilfield services, software development and management consulting working at a Big 4 Firm in the 90s. She left consulting in 2002 and spent the second decade of her career at Reliant and NRG running all areas of customer operations for residential, small commercial and large commercial customers in competitive electricity markets in Texas and the Northeast United States. The third decade of her career, she has grown the Home segment to $9 billion, taking on increasing responsibilities year after year, including successful completions of strategic acquisitions and the launch of start-up businesses within Home.

Deeply committed to making a difference for future generations, Elizabeth serves many impactful organizations. She serves on the Energy Advisory Board and Bauer College Board at the University of Houston, the Board of Directors and the Energy 2.0 Committee Chair at the Greater Houston Partnership, the Secretary and Treasurer of the Board of Directors of the Lutheran Education Association of Houston, the Board of Directors at Hope Media Group which owns and operates KSBJ and NGEN radio stations and the Hope on Demand digital platform, and she serves on the Succession Planning and Executive Compensation Committee for the Board of Directors at TDECU, the largest credit union in Houston and the fourth largest credit union in Texas. Elizabeth served as Chair for the nation's largest 2014 March for Babies Campaign, and Chair for the 2015 American Heart Association's Heart Walk. And, in 2017, she was honored to serve the Super Bowl LI Houston Host Committee as Volunteer Chair.

Elizabeth is sixth generation Texan and a native Houstonian. She was also educated in Houston where she attended Houston Baptist University and she earned a bachelor's degree in Business Administration with a concentration in Management Information Systems from the Bauer College of Business at the University of Houston. She is also a homemaker, passionate about her role as wife and mother and enjoys spending time with her family.