About
/
Board of Directors
/
Stanley G. Chapman III 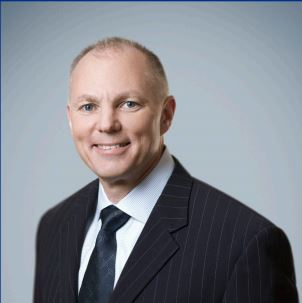 As Executive Vice-President and President of US Natural Gas Pipelines, Mr. Chapman is responsible for all pipeline operations and commercial activities across TransCanada’s FERC-regulated transmission and storage assets as well as its unregulated midstream business. He was named to his current position in April 2017, and prior to that he served as TransCanada’s Senior Vice President and General Manager of its FERC-regulated US natural gas pipeline business.

Prior to joining TransCanada in July 2016 as part of the Columbia Pipeline Group acquisition, Mr. Chapman served as Columbia’s Executive Vice-President and Chief Commercial Officer. Before joining Columbia Pipeline Group in December 2011, Mr. Chapman held various positions of increasing responsibility with El Paso Corp and Tenneco Energy and was responsible for various marketing and commercial operations, as well as supply, regulatory, business development and optimization activities.

Mr. Chapman holds a Bachelor of Science degree in Economics from Texas A&M University as well as a Master of Business Administration degree with a specialization in Finance from the University of St. Thomas. He resides in Houston, Texas with his wife where they raised their four children.