About
/
Board of Directors
/
Tilman J. Fertitta 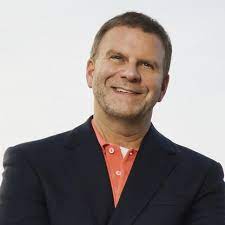 Mr. Fertitta is Chairman of the Board, President and CEO and the largest shareholder of Landry's Restaurants, Inc. Landry's operates more than 300 properties in 36 states and in six countries. Nationwide, Landry's employs more than 38,000 people. Mr. Fertitta was named one of "12 outstanding young Houstonians" in 1986 and has been the recipient of numerous awards and honors including the Houston Entrepreneur of the Year Award in 1997 and the Legacy Award in 1998. In 2004, Mr. Fertitta was inducted into the Texas Business Hall of Fame and was the second youngest inductee. Forbes magazine named Landry's as one of the best companies in America for three consecutive years.
Mr. Fertitta serves on numerous civic and charitable boards including the Museum of Fine Arts, the Sam Houston Area Council - Boy Scouts of America and Houston Children's Charity.