Day 3 of Future of Global Energy: Hydrogen's Role in the Transition 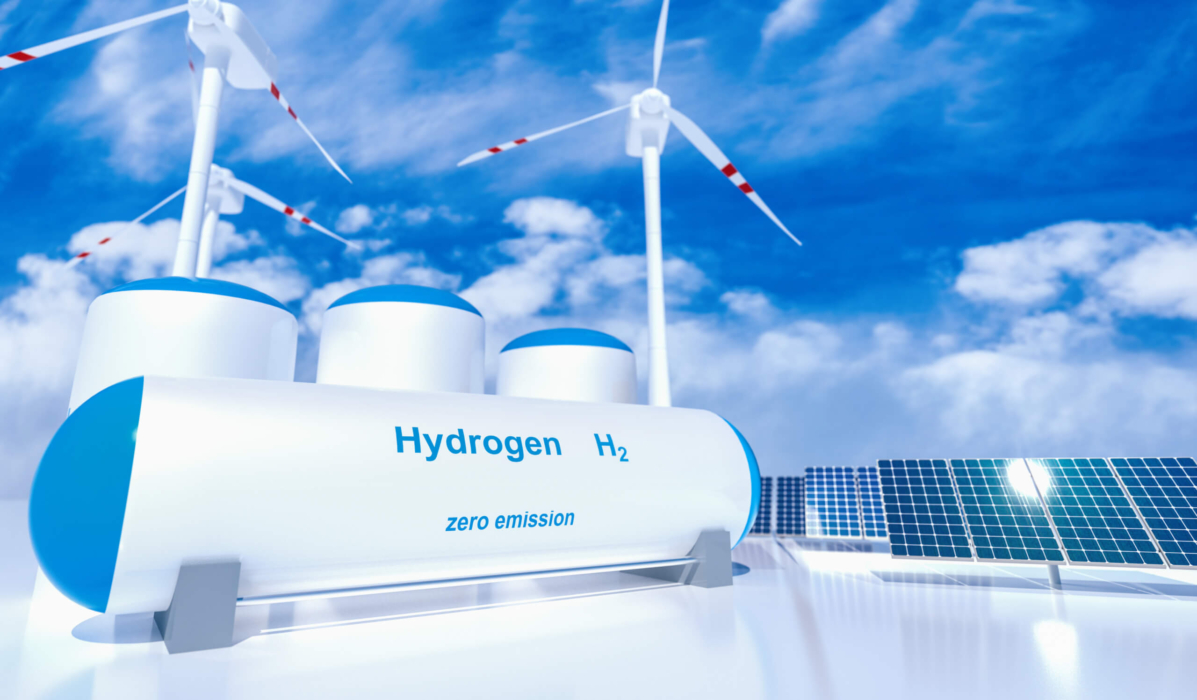 Houston, already a leading hydrogen producer, has the ingredients to become a global hub for low-carbon hydrogen, a point stressed by leaders from across industry, government and community organizations on the third and final day of The Future of Global Energy conference.

Creating a low-carbon hydrogen hub would help us decarbonize locally, bring emissions-reducing products and services to the nation and world, and create new jobs and investment. Doing so will require new levels and models of cooperation. Here is a recap of the conversations about hydrogen on Day 3:

The morning began with keynotes setting stage, from local to global.

Houston played a leading role in energy transitions over the years, said Daniel Droog, Chevron’s Vice President of Energy Transition, and it’s no different this time around.

“Solving the great challenges in energy depends on people,” Droog said. “It is the people in Houston that made it the energy leader and why Houston will remain the world's energy leader.”

Chevron is contributing by doing everything from lowering the carbon footprint of its own operations to developing new technologies to bring to market. That involves working in Houston to scale up low-carbon hydrogen businesses, including around heavy-duty transportation and hard-to-abate industries and processes.

Global View of the Hydrogen Industry

Clean hydrogen will play a growing role across the entire economy as the world moves to net-zero, said keynote speaker Andreas Wagner, who leads hydrogen activities at the Energy Transitions Commission, a global coalition of leaders from across the energy landscape committed to achieving net-zero emissions by mid-century. He highlighted opportunities in a series of sectors, including manufacturing, shipping, aviation, power and steel.

“Houston has one of the best hydrogen infrastructures already in place, making it primed to be a leader in clean hydrogen," said Wagner.

Sector specific policies, certification standards and a price on carbon will also help grow demand for clean hydrogen, he concluded.

Panel 1: What Will it Take to Launch Houston's Hydrogen Hub?

Panelists representing government, industry and finance detailed Houston’s strong base of assets and considered what’s needed to mesh them into a thriving low-carbon hydrogen hub.

But the industry, end-users and/or policymakers must work together to drive down productions costs, prove that robust demand will exist and, in essence, demonstrate how commercial markets can and will work. A successful demonstration effort will help Houston accelerate its success, said Angelides, who noted that Shell is participating in a number of hydrogen projects and sees a future in which low-carbon hydrogen fuels play an important role in both transportation and heavy industry.

Doyle also stressed that stakeholders need to come together to figure out ultimate questions around economics and scale. A new level of collaboration is required to make all the pieces come together, emphasized Khan.

The panel was optimistic about Houston’s chances as low-carbon hydrogen hub and its ability to lead the energy transition. "It is exciting how far we have already come,” Angelides said. “We are now looking at the transition across the entire value chain.”

Of the highest importance is the carbon intensity of any carbon type, concluded panelists, who also stressed the need for a variety of types in Houston, creation of transparent trading markets and, again, the need for collaboration.

"There will be multiple technologies in the future, and we will need collaboration,” said Andrew Garnett, Interim President, Air Liquide U.S. Hydrogen Energy. “One company will not be able to build on hydrogen innovation alone."

Different circumstances will yield different winners, noted Ayers, who also envisioned a future with a broad mix of hydrogen technologies.

The panel also focused on Houston’s strengths: people, infrastructure and industry. Also stressed was the need to act now or risk our advantages slipping away. The group again called for demonstration projects.

"Houston can be the leader in the hydrogen market, it already has all the pieces,” Kramarchuk said.

Panel 3: How Do We Grow Early Applications for the Hydrogen Hub?

Houston has all the makings of a net-zero cluster – from a skilled workforce to infrastructure to R&D – but must act boldly and collaboratively to bring it all together, this panel concluded.

“Houston is already a hydrogen hub,” said Espinoza. “You’re trying to be a net-zero hydrogen hub.”

The region should undertake a big, bold, banner low-carbon hydrogen project that draws attention, enthusiasm and demonstrates we can do it here, said Zimmerman.

We have opportunities to excel in a range of applications such as energy storage, power, industrial processes transportation, hydrogen-derived fuels and exports. One asset Houston should highlight and take advantage of is the global footprint of our energy companies and population, said Weeks.

The group stressed the need for policy incentives, regulatory clarity, innovation, financing and drawing start-ups to Houston and research. And, again, collaboration.

Fletcher stressed how Houston must and can lead the transition to a low-carbon future. She detailed Biden’s administration legislation rich with provisions to boost investment in the energy transition including tax credits and funding for demonstration projects. Congress is also considering a series of other efforts.

All told, the day’s speakers made a strong case that Houston is the logical place for a world-class low-carbon hydrogen hub. But work remains in weaving all the pieces together.

Learn more about the Center for Houston's Future and get more insight from the Future of Global Energy conference and the region's efforts around energy transition.