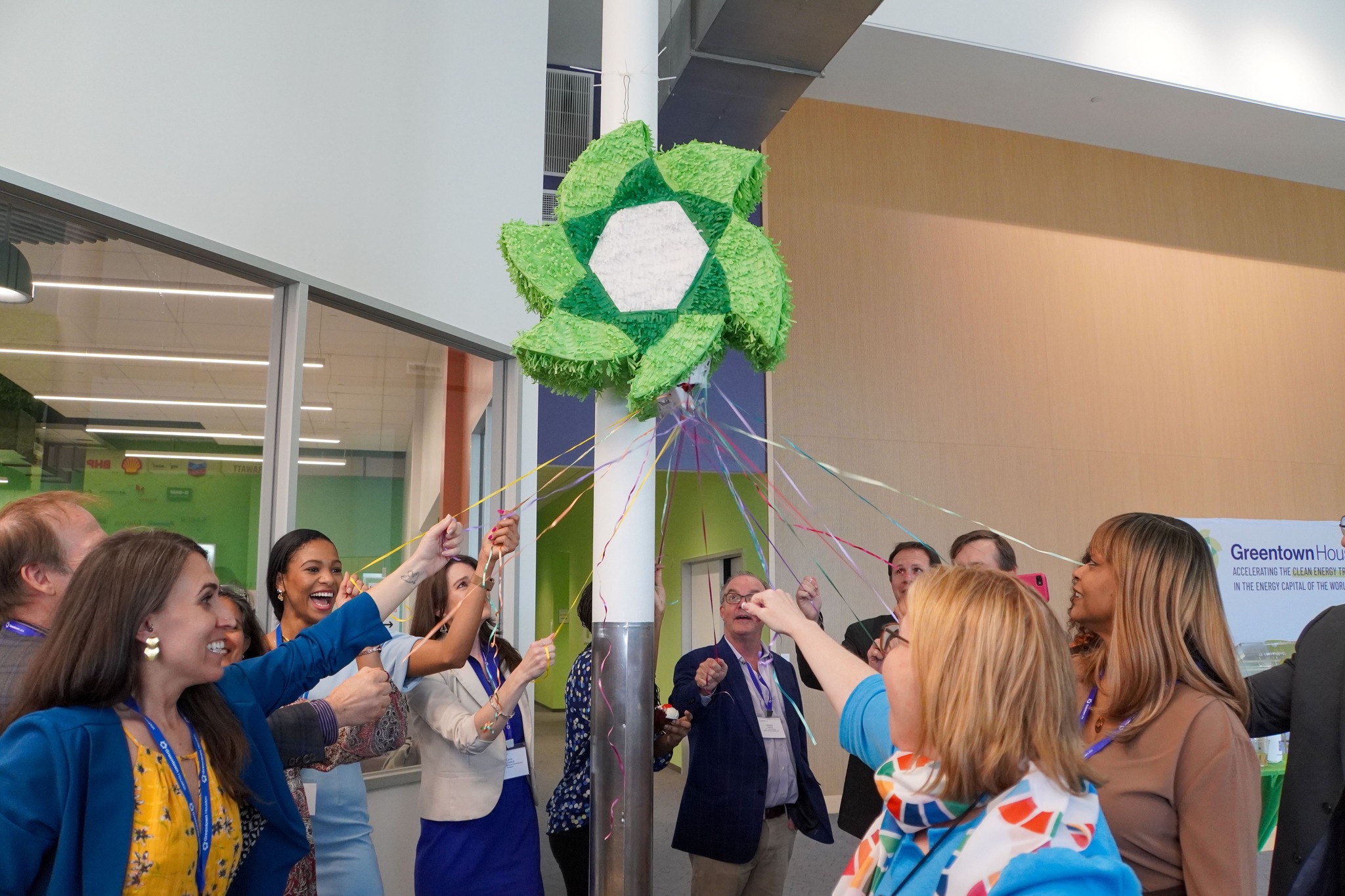 Greentown Houston's success in its first year proves the world's energy capital is fostering the next generation of companies that will help lead the global energy transition.

In April, Greentown celebrated its one-year anniversary  by announcing they're now home to more than 60 startups, including several that relocated from outside the U.S., after opening their doors with only 16. According to InnovationMap, it took Greentown Labs' headquarters in Boston years to gain that many members.

As Greentown searched for its first out-of-state location, Houston was the one city that made sense, according to Emily Reichert, CEO of Greentown Labs.

"[Houston] was the only city that had the engineering strength, talent, and assets to broaden our impact and help to accelerate the energy transition through innovation and entrepreneurship," Reichert said in a blog post in April.

Many of Greentown Houston's members have reached milestones of their own, including Syzygy Plasmonics, which has experienced significant growth in its four years. The company, which uses photoreactor technology instead of heat to drive chemical reactions, recently announced it leased a building in Pearland for its headquarters and manufacturing facility. According to the startup, the "technology has the potential to electrify the chemical industry, shifting it to renewable electricity, and cost-effectively reducing its carbon footprint." The U.S. Department of Energy's National Renewable Energy Laboratory recognized Syzygy Plasmonics as the most outstanding venture in the commercialization stage during the 2022 Industry Growth Forum.

In a newsletter released in April, Juliana Garaizar, Head of Houston Incubator and VP of Innovation, thanked members and supporters for the climatetech hub's achievements.

"We are very hopeful about the future and bringing more climate solutions to Houston and the world at a faster pace, consolidating our role as the Energy 2.0 capital," she said.

Greentown's success is just one example of how Houston is paving the way in the global energy transition. The city is also making progress in building a more sustainable region under its Climate Action Plan.

This month marks one year since the Partnership released the Houston Energy Transition Initiative (HETI), a strategic regional blueprint for leading the global energy transition to a low-carbon future. In addition, the Center for Houston's Future recently released a report that reveals how the region is poised to become a global clean hydrogen hub.

Another example of the region's commitment is the industry giants investing and collaborating with clean energy startups and building partnerships with academic institutions, including Shell's $10 million gift to establish the University of Houston's Energy Transition Institute and their partnership with Prairie View A&M.

Reichert believes Houston is well-positioned to be a leader if global corporations with either operations or headquarters in Houston continue investing in climate change solutions.

"We have the potential to decarbonize not just one city, but create a model for similar cities across the globe, and build the diverse and inclusive energy workforce of the future we need in the process," she said.

Learn more about how HETI is advancing the energy transition during the Partnership’s 3-day Future of Global Energy conference June 28-30.