In this edition, we explore inflation, employment, and global innovation.
Share
October 2021 Economy at a Glance

NO CAUSE FOR ALARM

The U.S. Bureau of Labor Statistics reports that inflation, as measured by changes in the Consumer Price Index, rose 5.3 percent in the 12 months ending August ’21. The rate has averaged 5.0 percent or better since May of this year. 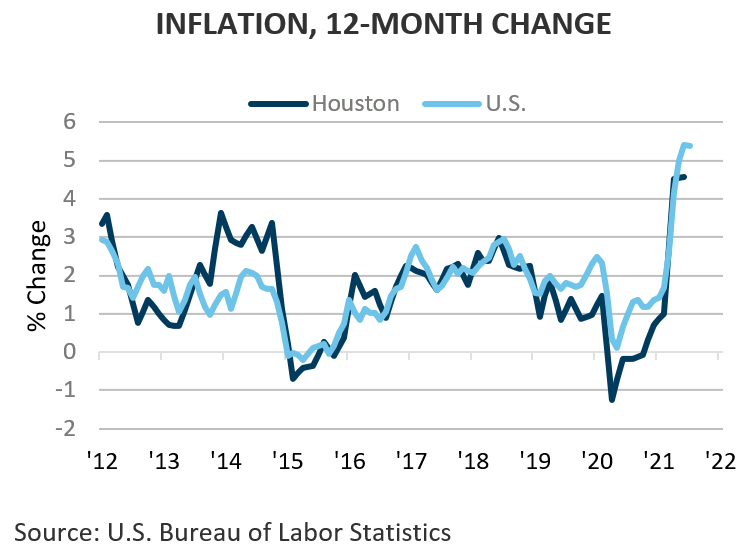 The report fueled speculation as to when the U.S. Federal Reserve (the Fed) will raise interest rates to keep inflation in check. The bank now treads a fine line. Raise rates too soon and the Fed stifles the recovery, raise them too late and inflation becomes more difficult to reign in, raise rates too high and the nation falls back into recession.

The Federal Open Market Committee met September 21-22 to discuss the pace of recovery for the U.S. economy. Afterwards, Fed Chair Jerome Powell held a press conference to shed light on the direction the central bank will take over the next 12 to 18 months. He reiterated that the current bout of inflation is transitory, brought on by supply chain issues related to reopening, and that substantial progress has been achieved on recovering jobs lost early in the pandemic. Since the early stages of the pandemic the Fed has purchased $120 billion in treasury bills and mortgage-backed securities each month to keep the economy afloat. While Powell didn’t set a specific deadline, analysts believe the Fed will begin scaling back these purchases before the end of the year, perhaps as early as November. He emphasized that slowing bond purchases did not signal that the Fed was prepared to raise interest rates. Most analysts believe the Fed won’t hike rates until mid-’22.

A little inflation is good for the economy; it drives consumers to buy now to avoid higher prices later. That boosts demand, but not so much that production and wages can’t keep up. Stores, restaurants, and factories hire additional workers to meet that increase. It creates what economists refer to as a “virtuous cycle, boosting economic growth, which leads to businesses hiring additional workers, which leads to more growth. The optimum rate in the U.S. appears to be around 2.0 percent, which the Fed has set as its long-term inflation target.

Inflation above 10.0 percent is a serious problem. Money loses value so rapidly that the pay raises can’t keep up. Businesses, unable to forecast costs, struggle to price their goods and services. Consumers rush to spend their paychecks to get ahead of the next round of inflation. There’s no incentive to save since any return is eaten up by inflation. The economy enters an inflation spiral that can’t be halted without significant pain and hardship.

The U.S. last experienced double-digit inflation in the 1970s and early-1980s, the delayed effect of two oil price shocks, U.S. government spending on the Vietnam War, and on programs initiated under President Johnson’s Great Society. Inflation peaked at 14.6 percent in March in 1980. The Fed raised interest rates to near 20 percent, the U.S. suffered through two recessions, and one in ten workers lost their jobs before inflation was brought under control.

The seeds of the current bout of inflation were sown early in the pandemic. Consumers, unable to travel, dine out, attend concerts, or cheer at sporting events saved 20 to 30 percent of their paychecks, three to four times the normal rate. Fear of losing one’s job was also a great motivator to pare spending and build a nest egg. 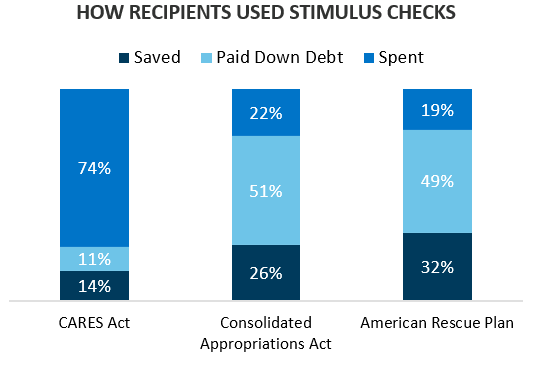 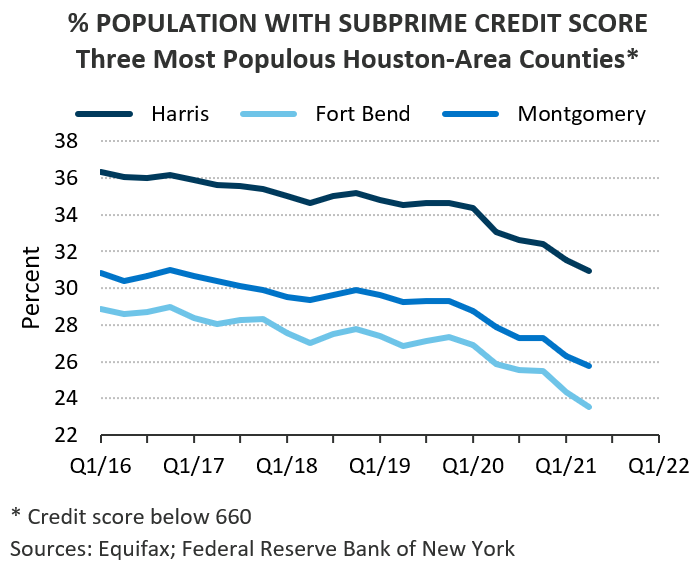 Consumers now find themselves flush with cash and a significant amount credit and are eager to spend, which is a major factor driving up prices.

Here are the facts to know about the Houston region this month
1
October Takeaway #1
A little inflation is good for the economy. The optimum rate in the U.S. appears to be around 2.0 percent, which the Fed has set as its long-term inflation target. Inflation is a problem when it persistently exceeds 4.0 percent. Inflation above 10.0 percent is a serious problem.
2
October Takeaway #2
Metro Houston added 4,800 jobs in July, according to the Texas Workforce Commission (TWC). That was somewhat weaker than expected. In a healthy economy, Houston would add 6,000 to 10,000 jobs in August.
3
October Takeaway #3
Houston ranks among the top science and technology clusters in the world, according to a new report on global innovation. The 2021 Global Innovation Index, published by the World Intellectual Property Organization, ranks the 100 most innovative science and technology clusters. Houston ranked 16th among the top 100 Science and Technology Clusters, falling just behind London and ahead of Amsterdam, Munich and Singapore.
Like this article? Share with your network